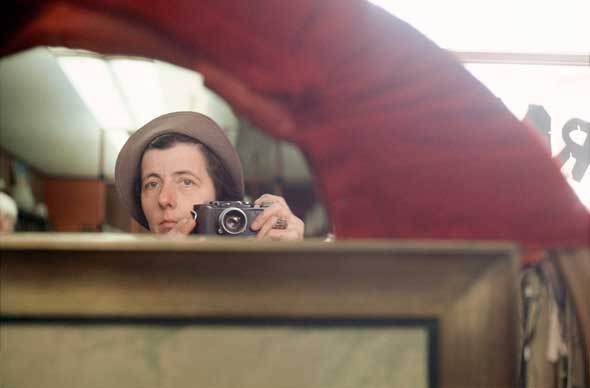 Vivian Maier, a mysterious nanny, who secretly took over 100,000 photographs that were hidden in storage lockers and discovered after her death decades later, is now considered among the 20th century’s greatest photographers with Diane Arbus, Robert Frank, Henri Cartier-Bresson and Weegee.

Finding Vivian Maier follows the filmmakers as they unearth Vivian’s story, combing through thousands of negatives and a mountain of other material (including hundreds of hours of Super 8 film footage and audio recordings) left behind in Maier’s storage lockers. As the filmmakers track down an odd collection of parents who hired her, children she cared for, store owners, movie theater operators and curious neighbors who remember her, the story that emerges goes beyond clichés of the undiscovered artist and offers a portrait that is at times bewildering and troubling. Maier’s story pushes us to ask as many questions about ourselves as it does about her.

With gritty style and a witty sense of humor, New York photographer Flo Fox has been documenting the streets of NYC since the 1970's.