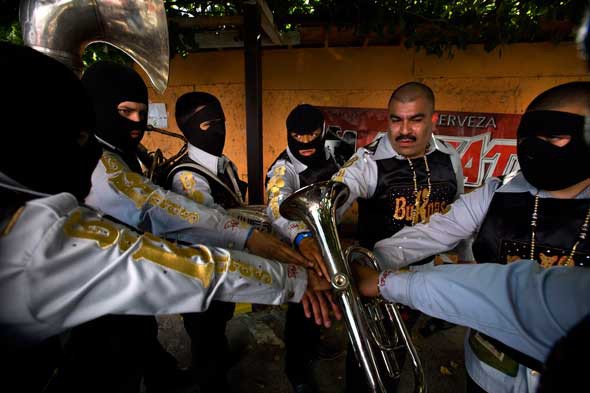 To a growing number of Mexicans and Latinos in the Americas, narco-traffickers have become iconic outlaws, glorified by musicians who praise their new models of fame and success. They represent a pathway out of the ghetto, nurturing a new American dream fueled by an addiction to money, drugs, and violence. From war photographer Shaul Schwarz comes NARCO CULTURA, an explosive look at the drug cartels’ pop culture influence on both sides of the border as experienced by an LA narco corrido singer dreaming of stardom and a Juarez crime scene investigator on the front line of Mexico’s Drug War. NARCO CULTURA offers an unprecedented and heart-wrenching look into the blood-soaked world of the Mexican drug war, from the murderous traffickers and the musicians who revere them to the families left in the wake.

A short film about a serpent handling church in Middlesboro, Kentucky.