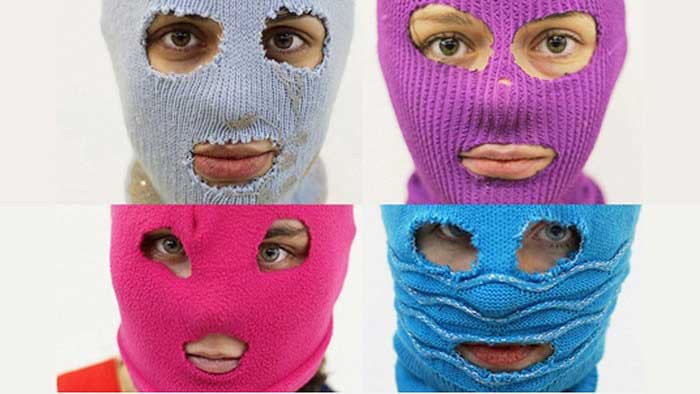 This is the incredible story of three young women know as Pussy Riot who performed a "punk prayer" inside Russia's main cathedral openly challenging the Russian Orthodox Church and President Vladimir Putin. This performance led to their arrest on charges of blasphemy and “disrupting the social order” and culminated in a trial that has reverberated around the world and transformed Russian society forever. Following the intricate twists of the trial, we learn what transformed these women from political activists in to modern icons. With unparalleled, exclusive access, the film looks at the real people behind the famous colourful balaclavas.

This incendiary documentary examines just how distorted Russia’s social order has become and illustrates the importance of wanton rebellion in the face of authoritarianism. When everyone is terrified of speaking out against the state, sometimes there’s no other recourse than thrashing and wailing.

** AFTER-PARTY @ Vern's (across the street from the Globe) Featuring The Throwaways & Hag Face. No cover charge! Everyone is welcome to come over.

"A compelling story of suffering for your art"

"The story is powerful, the people and battlelines perfectly drawn"

Vladimir Putin is the most powerful man in the world.