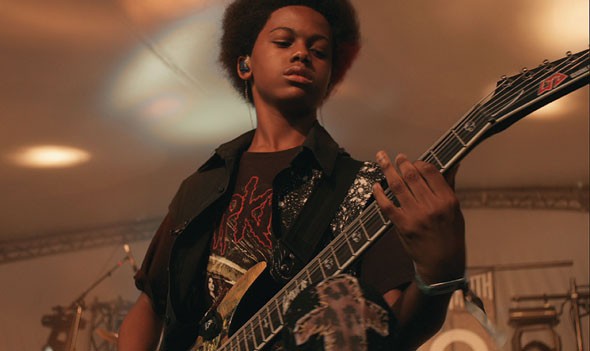 BREAKING A MONSTER begins as the three members of band UNLOCKING THE TRUTH are in 7th grade. Spending their weekends playing a heavy metal in Times Square, often drawing substantial crowds, they soon take on an industry veteran manager. With his guidance they land a $1.8 million dollar record deal. The boys are coming of age, not only as they make the leap to being professional musicians, but also as they transcend childhood and take their first steps into the complexities of adulthood. The accelerated breakout of any band, let alone one of pre-teens, is an extremely narrow and specific period in time – BREAKING A MONSTER is the story of this rapid transformation.

Luke Meyer’s first feature documentary, DARKON, won the Documentary Audience Award at the SXSW in 2006. He directed the documentary NEW WORLD ORDER which started airing on IFC in 2009, breaking the channel’s records for documentary VOD numbers. He has edited, written and produced other award-winning films (KING KELLY, ALICE NEEL, THE FEATURE), and is part of SeeThink Films in New York.

press for Breaking A Monster