24X36: A Movie About Movie Posters 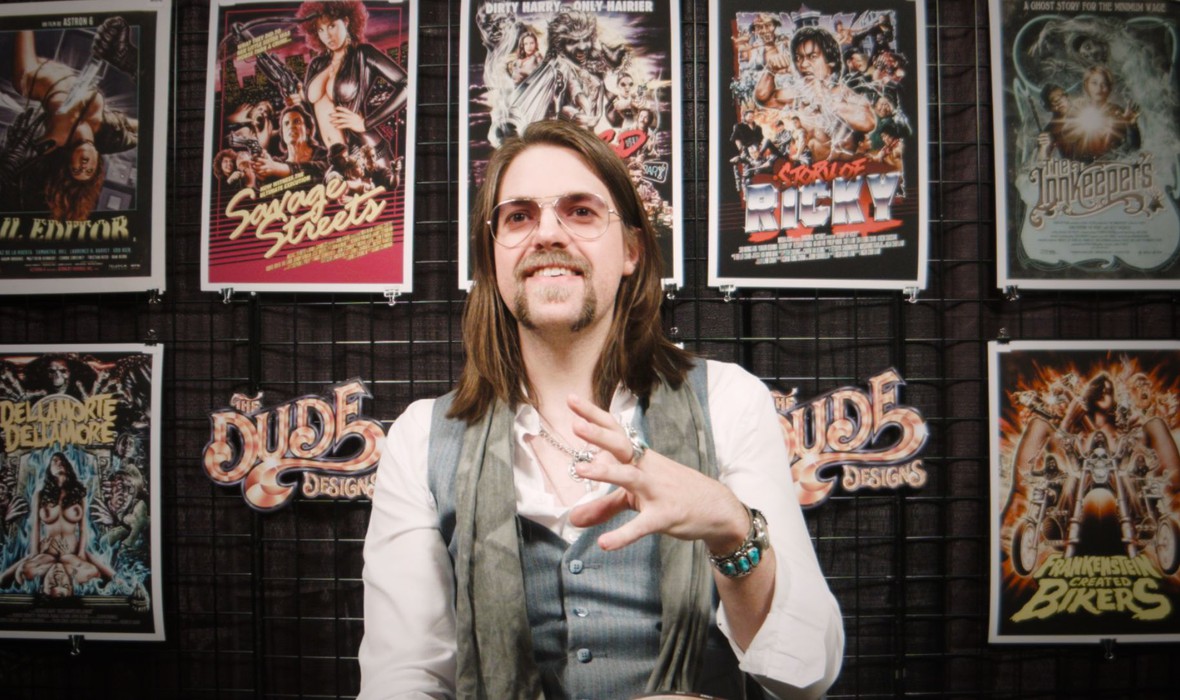 A documentary that explores the birth, death, and resurrection of illustrated movie poster art.

Through interviews with a number of key art personalities from the past four decades, 24×36 aims to answer the question – What happened to the illustrated movie poster? Where did it disappear to, and why?

With the emergence of groups such as Mondo, Skuzzles and Grey Matter Art, the movement has quickly exploded into a booming industry with prints selling out online in seconds, inspiring Hollywood studios to take notice of illustration in movie posters once more.

press for 24X36: A Movie About Movie Posters

"A great chance to mourn the passing of the classic movie poster, celebrate the modern resurgence of pop culture art, and dissect why most current one-sheets look like garbage."

"Director Kevin Burke delves into the production of these posters, which are more breathtaking works of art than the word "posters" could ever describe."

A movie legend was made when a real-life tornado hit a drive-in theatre during a screening of TWISTER in in the summer of 1996.