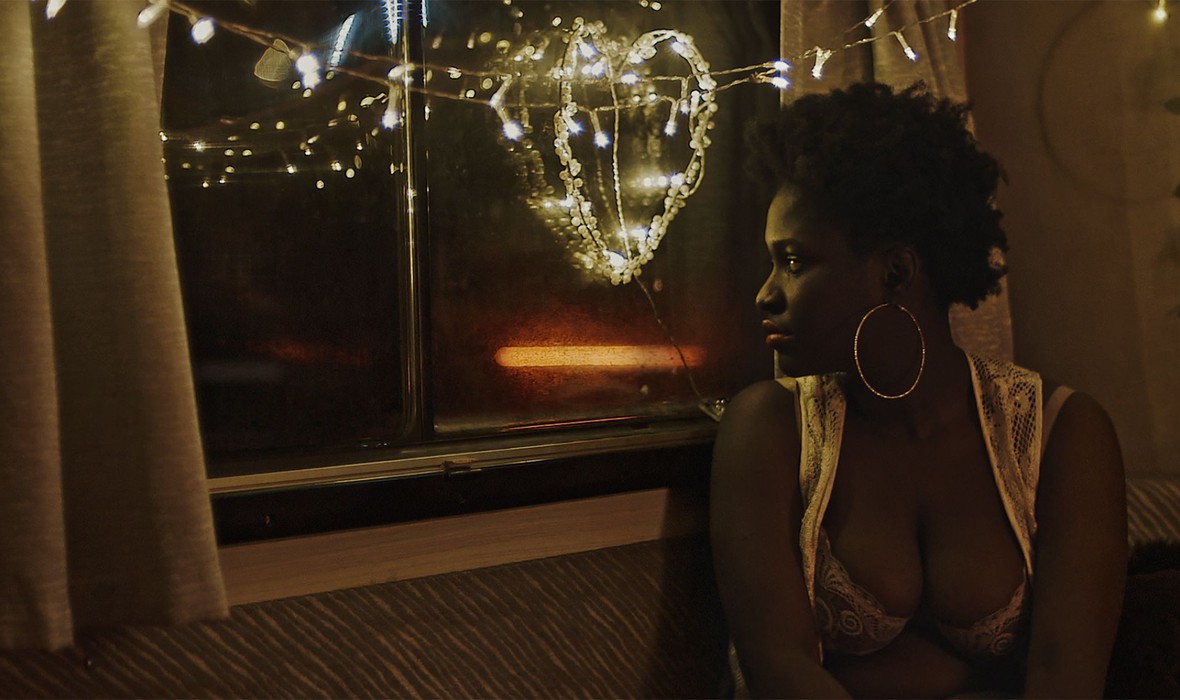 When night falls in rural Germany, old VW-caravans decorated with flashy lights line the country roads which lead through potato fields and dark forests. Inside theses buses prostitutes from Eastern Europe and Africa await their clients who are passing by. The film portraits these women who came from far away in search for money and a better life. Until one day, in the ghostly atmosphere, a murder on one of the prostitutes happens and shakes up the whole scenery causing everybody to take action. LOVEMOBIL portrays a microcosm that describes a society at the hardest end of a globalized capitalism.

DIRECTOR'S BIO
Elke Margarete Lehrenkrauss is a Berlin based filmmaker and visual artist. In 2012, she graduated with distinction from the KHM Academy of Media Arts Cologne as fellow of the German National Academic Foundation. In 2003, she received her diploma in Video Arts from the HSLU Lucerne University of Art and Design. Her films and artworks have been exhibited on festivals, in museums and galleries worldwide and been multi-awarded. LOVEMOBIL is her feature debut.

An exploration of the history and subculture surrounding the private viewing booths hidden in the back of adult bookstores.