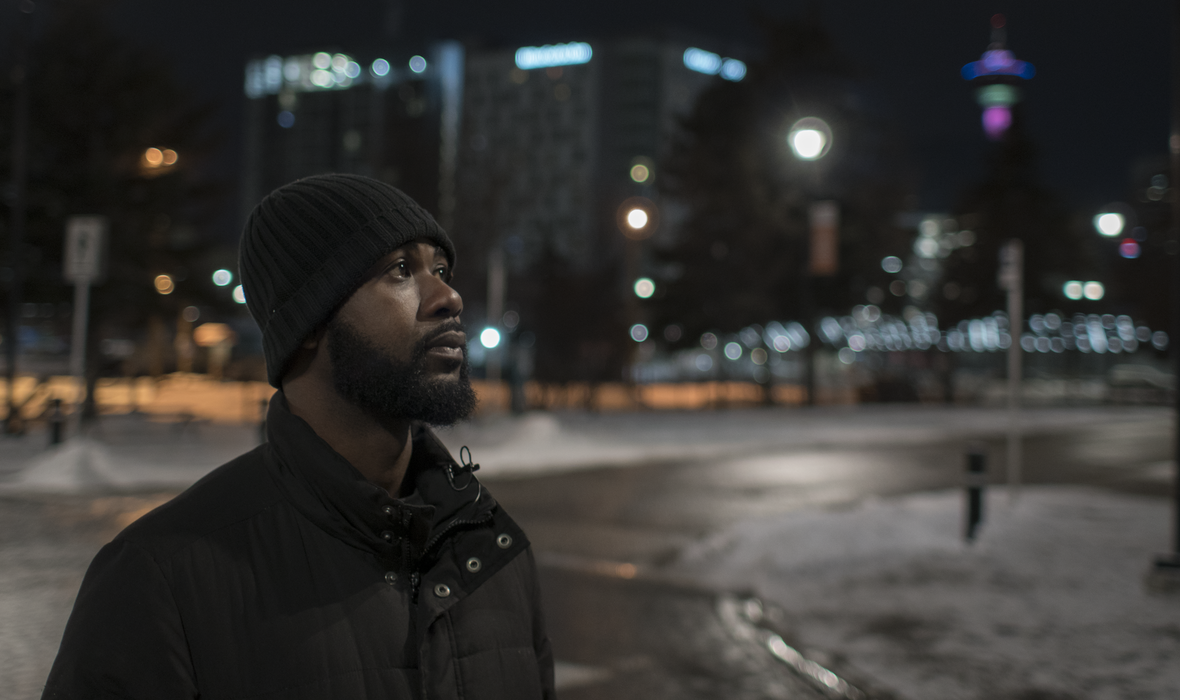 In the midst of a global uprising against police brutality and systemic racism, NO VISIBLE TRAUMA examines a deeply troubled police department and reveals the devastating consequences of unchecked police brutality. Despite its relatively low crime rates, recent years have seen the Calgary Police Service shoot and kill more people than officers in any other Canadian city, and more than either the New York or Chicago police departments in 2018. Five years in the making, the film unravels the intertwined stories of three individuals who were the victims of extreme violence at the hands of police officers. From the kidnapping and beating of a young immigrant from Ghana, to the fatal shooting of an unarmed man during a “wellness check”, the film exposes a criminal justice system that fails to hold police officers accountable for their actions.

In addition to Alberta, NO VISIBLE TRAUMA is available to stream across Saskatchewan.

DIRECTORS' BIOS
Born and raised in Calgary, Marc Serpa Francoeur and Robinder Uppal are documentary filmmakers and interactive producers whose work builds on lifelong interests in immigration, diversity, and social justice issues. Co-founders of Lost Time Media, their recent films include THE HEAD & THE HAND (2018), which had its World Premiere at Hot Docs and was listed by DOC NYC as one of the top twelve contenders for the Oscars’ Documentary Short category.

press for No Visible Trauma

"Francoeur and Uppal don’t employ any big stylistic flourishes; they don’t have to. The horrors of police abuse are clear."

"NO VISIBLE TRAUMA forces a much needed discussion about police brutality in Canada, particularly within Calgary, and what needs to be done if we as a community want to see substantial change."