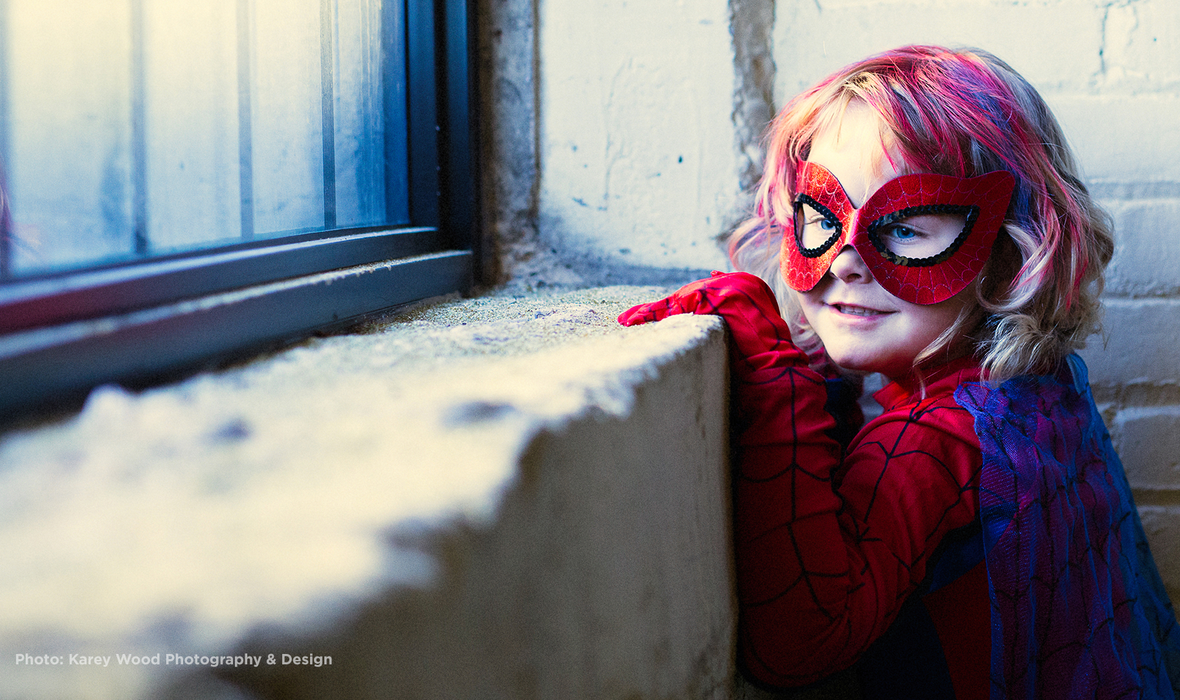 This film will be available to stream live during the festival on Sunday Nov 29, 6:30pm.

In the typical comic book superhero story arc, tragedy strikes, a superpower is revealed, and the hero must come to terms with their new abilities all while not losing track of who they are. But how often is that lived out in real-life ... especially by a child?

Mable Tooke was diagnosed with cancer at age 4. As she endured chemotherapy, unique traits in her character started to develop ... characteristics that most people don’t recognize until they are adults. Mable’s empathy for others and her desire to control her destiny led to the creation of an alter ego and she soon saw her “wish” granted to fight crime with Spider-Man, save the city of Edmonton, and begin an adventure no one could have predicted as SpiderMable.

Mable’s wish started as a charming local media story, turned to a topic of discussion across Canada, and made headlines around the world. But that wasn’t the most amazing part. Mable’s journey, followed for five years by a documentary crew, shows not only her battle against her biggest villain, cancer, but her potential for self-awareness, heroism, leadership, and inspiration from the most unsuspecting of people ... a small child.

DIRECTOR'S BIO
With a start behind the lens and 25 years as a cinematographer, Kelly Wolfert transitioned from that award-winning role to add writing and directing to his skill set. As an emerging filmmaker, Kelly soon realized he had to tackle the role of producer as well to complete some of his story ambitions. Years later, Kelly has now rounded out his storytelling skills to have written, directed, shot, and produced his first documentary feature film SPIDERMABLE - A REAL LIFE SUPERHERO STORY.