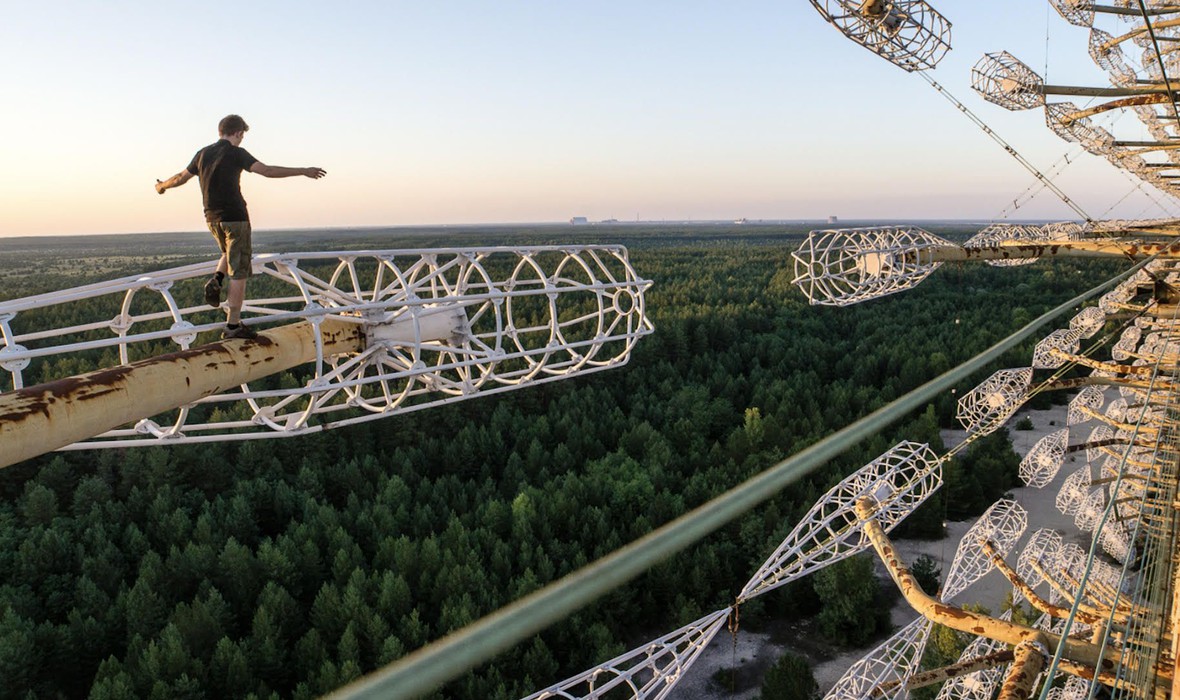 STALKING CHERNOBYL - EXPLORATION AFTER APOCALYPSE examines the underground culture of the Chernobyl Exclusion Zone in in Ukraine. Three decades after the world's most infamous nuclear disaster, wildlife has returned in the absence of human settlements. Meanwhile, illegal hiking adventurers known as "stalkers," extreme sports aficionados, artists, and tour companies have begun to explore anew the ghostly, post-apocalyptic landscape.

DIRECTOR'S BIO
Iara Lee, a Brazilian of Korean descent, is an activist, filmmaker, and founder/director of the Cultures of Resistance Network, an organization that promotes global solidarity and connects and supports agitators, educators, farmers, and artists to build a more just and peaceful world through creative resistance and nonviolent action. As a filmmaker, Iara has directed/produced several full-length documentaries and dozens of short films over the past three decades.

"A gripping and sensitive exploration of how – little by little, awkwardly and not without controversy and conflict – ordinary people are reclaiming the site of the world’s worst nuclear disaster."

"At the heart of Lee’s vivid and compelling film is a firsthand look not at those who fled, but at those who feel compelled to journey into the Chernobyl Zone."

A former Guantánamo detainee and his American prison guard reunite rekindling an unlikely friendship that changed both of their lives forever.