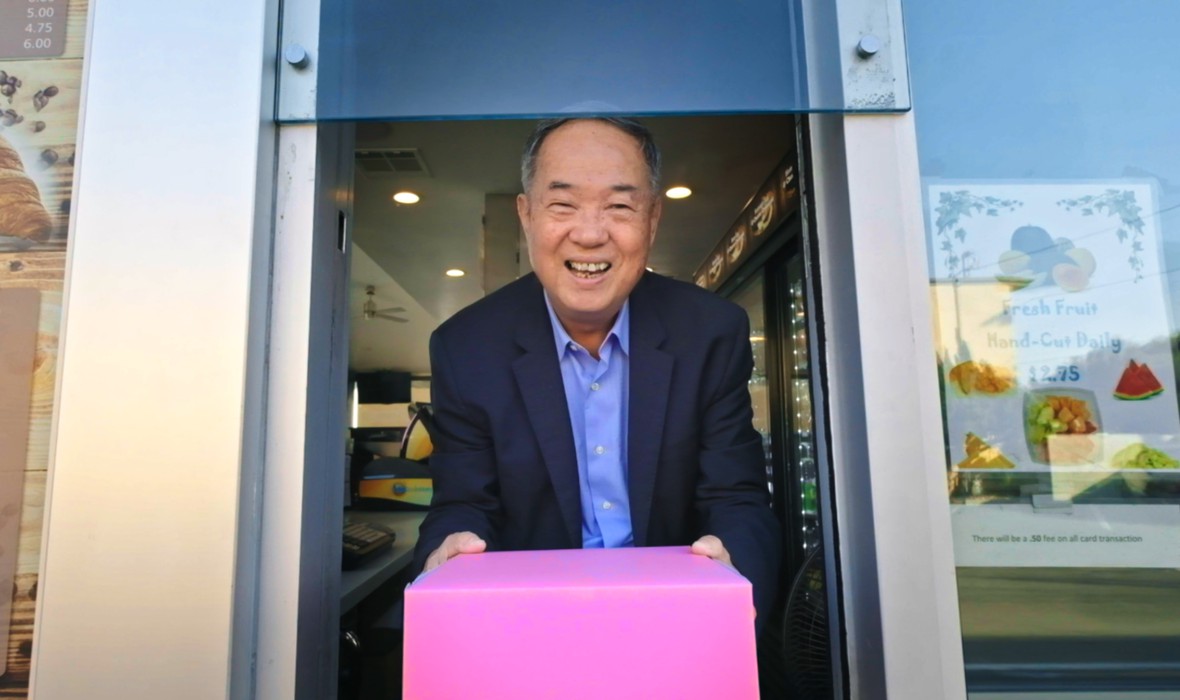 In partnership with Filmswelike & Hoopla Donuts, the Calgary Underground Film Festival presents an advance release of THE DONUT KING as part of CUFF.Docs Documentary Film Festival. The film will be available to stream as part of the festival from Nov 19 – Dec 1, and until Dec 31 via Hoopla Donuts. Please note that if you are a passholder or purchase a ticket through CUFF you must watch the film by Dec 1.

Everything you thought you knew about the donut begins with Ted Ngoy. Ted's story is one of fate, love, survival, hard knocks, and redemption. It's the rags to riches story of a refugee escaping Cambodia, arriving in America in 1975 and building an unlikely multi-million dollar empire baking America’s favourite pastry, the donut.

Ted’s story is one of fate, love, survival, hard knocks, and redemption. It’s the rags to riches story of a refugee escaping Cambodia, arriving in America in 1975 and building an unlikely multi-million-dollar empire baking America’s favourite pastry, the donut. Ted sponsored hundreds of visas for incoming refugees and helped them get on their feet teaching them the ways of the donut business. By 1979 he was living the American Dream. But, in life, great rise can come with great falls.

DIRECTORS BIO
Alice Gu began her career as a Director of Photography, working with renowned directors Werner Herzog, Stacy Peralta, and Rory Kennedy. THE DONUT KING is her feature-length directorial debut, which was selected to World premiere in competition at SXSW 2020. Alice is following up her directorial debut with helming a whistle-blower documentary currently in pre- production, as well as her episodic directorial debut, set to be announced later this year.

press for The Donut King

"Gu directs … with an exuberant, vibrant, energetic style that wonderfully amplifies every emotion."

Produced by
Jose I. Nuñez