Cannon Arm And The Arcade Quest 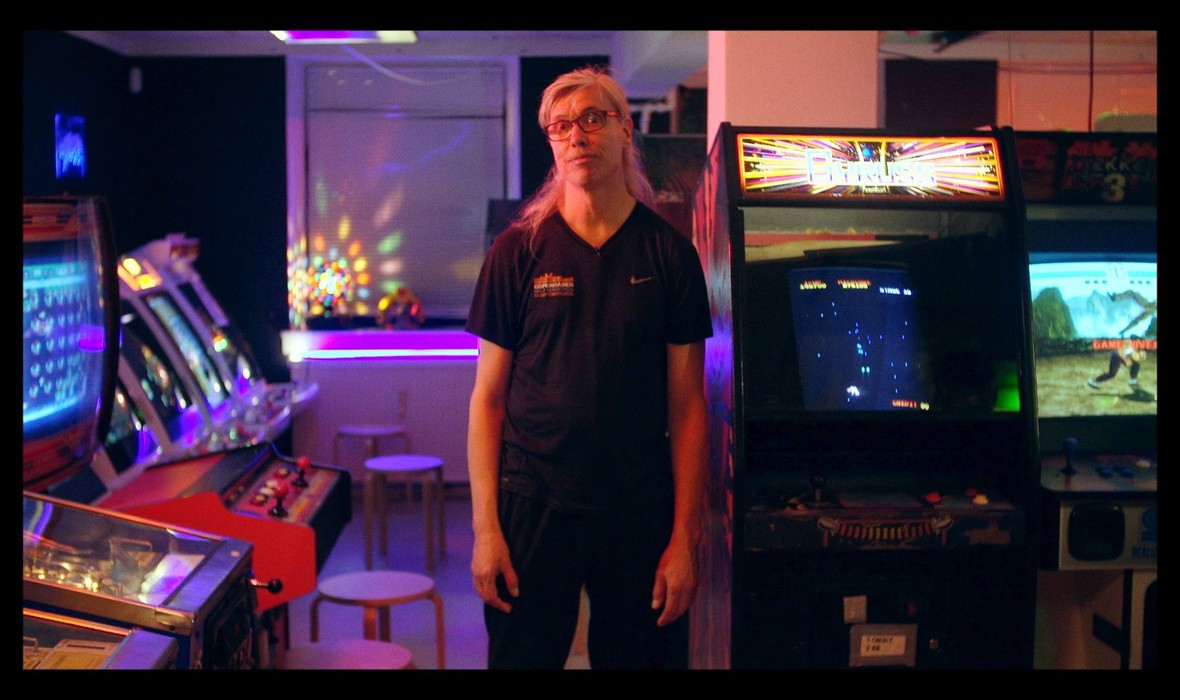 With help from his colourful friends, Kim Cannon Arm sets out to break the world record and do what no one has ever done before: play his favorite arcade game Gyruss for 100 hours …nonstop.

Kim Cannon Arm is not your average grandpa. With killer hand-eye coordination and a mean mullet, he's a legendary fixture at Copenhagen's Bip Bip Bar, and renowned for playing the '80s arcade game Gyruss for 49 hours straight on a single coin. With help from his buddies at the bar, Kim attempts to obliterate his previous record and play for 100 consecutive hours (four days!). Dense with nerdy narration and deep thoughts, quantum physics and pattern recognition, this quest follows Kim and the gang as they apply their collective knowledge to the task at hand—leaving their mark on the world and paying tribute to a fallen friend.

DIRECTOR'S BIO
Mads Hedegaard graduated from the National Film School of Denmark in 2017. Hedegaard's short documentary SKULL FRACTURE OR 'AREN'T YOU RATHER YOUNG TO BE WRITING YOUR MEMOIRS? (2017) was nominated for a Danish Film Award and screened at festivals around the world, including DOC NYC. CANNON ARM AND THE ARCADE QUEST (2021) is his first feature length documentary.

Created by Jess, host of Mint Condition, Fridays, 7-10AM

press for Cannon Arm And The Arcade Quest

"The feel-good documentary of the year."

"Undoubtedly the best snapshot of this subculture since KING OF KONG and a truly captivating underdog story."

Steve Saylor may be blind, but that doesn't stop him as he pushes to help make the video game industry more accessible, so everyone has the chance to experience the stories only games can offer.