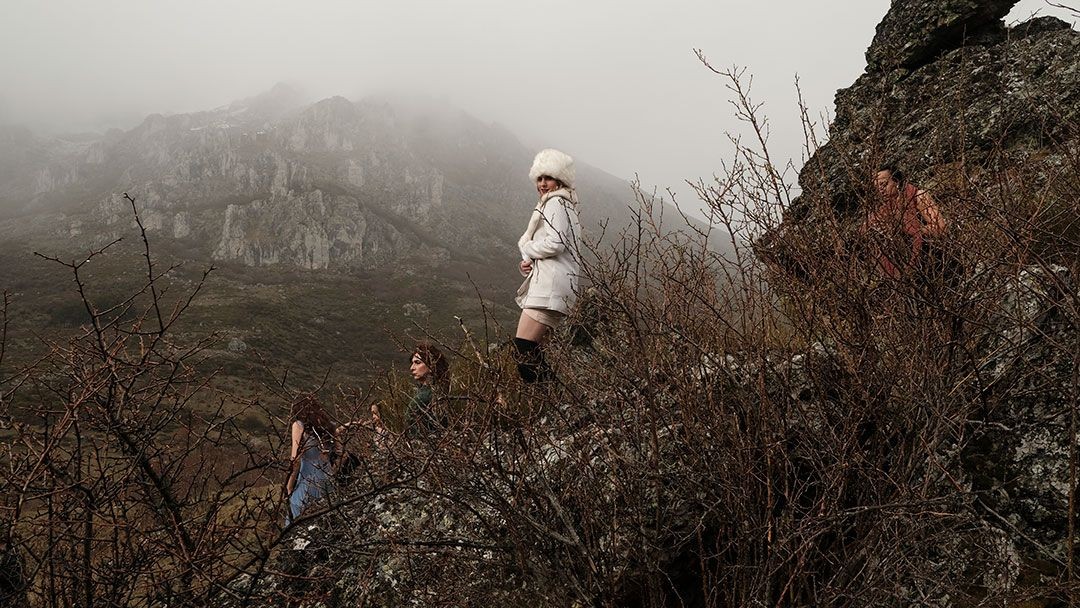 Six trans women travel to a small town in Spain where they explore unusual landscapes, as well as the ins and outs of their own personalities.

Looking for answers about what connects them as a group, the trans women learn to deal with their differences. A vérité-style hangout film, SEDIMENTS is a heartwarming and raw story about empathy, individuality and the need to belong.

DIRECTOR'S BIO
Adrián Silvestre is a filmmaker from Valencia, Spain. In his cinematographic projects, he explores the limits between reality and fiction, placing professional actresses alongside real people. He approaches art practice from the analysis of the everyday experience, and develops a close collaboration with specific communities. SEDIMENTS (2021) is his second feature film following 2016's THE OBJECTS OF LOVE.

"A vehicle for delving deeper into the reality of people who have been bravely going against the grain to lead the lives they want to lead, fighting against mindsets and social prejudice."

"SEDIMENTS is not an idealised picture of trans womens’ relationships with one another, as demonstrated by the conflicts between Yolanda and Cristina, and the film is all the stronger for it."