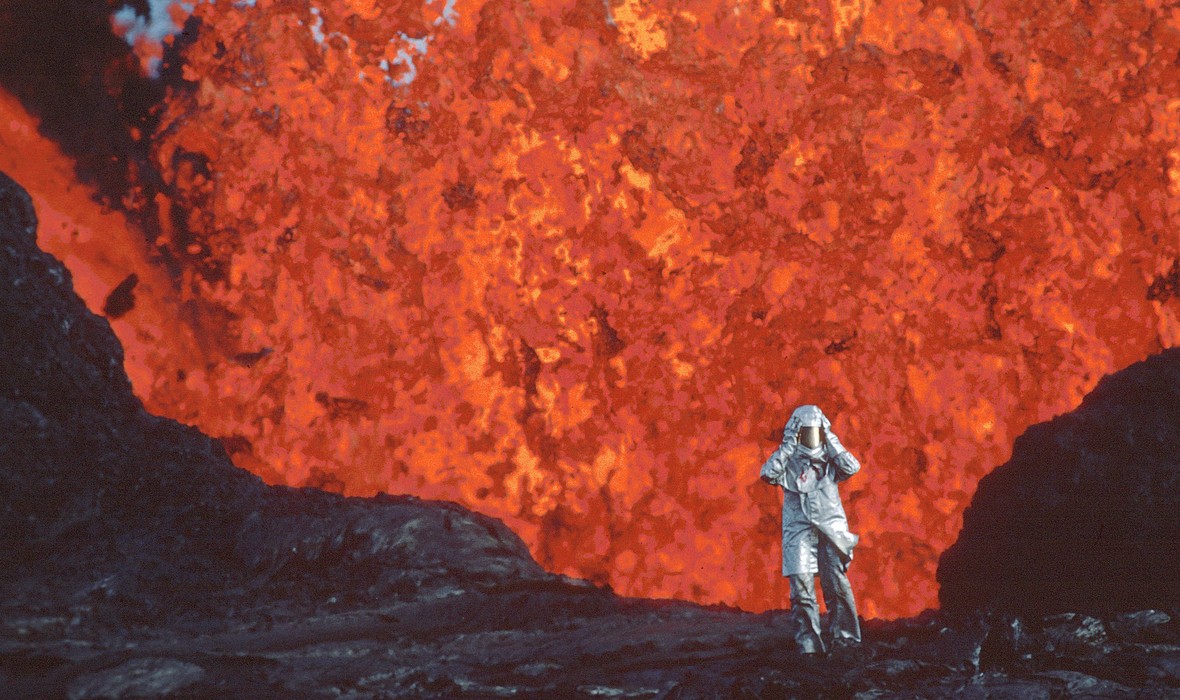 From National Geographic Documentary Films comes the extraordinary love story of intrepid French scientists Katia and Maurice Krafft, who died just as explosively as they lived — capturing the most spectacular imagery ever recorded of their greatest passion: volcanoes.

Katia and Maurice Krafft loved two things — each other and volcanoes. For two decades, the daring French volcanologist couple roamed the planet, chasing eruptions and documenting their discoveries. Ultimately, they lost their lives in a 1991 volcanic explosion, leaving a legacy that forever enriched our knowledge of the natural world. Director Sara Dosa and the filmmaking team fashion a lyrical celebration of the intrepid scientists’ spirit of adventure, drawing from the Kraffts’ spectacular archive. FIRE OF LOVE tells a story of primordial creation and destruction, following two bold explorers as they venture into the unknown, all for the sake of love.

DIRECTOR'S BIO
Sara Dosa is an Indie Spirit Award-nominated documentary director and Peabody award-winning producer whose interests lay in telling unexpected character-driven stories about ecology, economy, and community. Her first feature, THE LAST SEASON, won a Golden Gate Award at its SFIFF 2014 premiere and was nominated for the Indie Spirit Truer Than Fiction Award. Dosa co-directed an Emmy-nominated episode of the Netflix music series RE-MASTERED. Dosa’s third feature, THE SEER & THE UNSEEN, premiered in 2019, winning awards at a number of festivals. As a producer, she produced the Peabody-winning AUDRIE & DAISY (2016) and the Peabody and Emmy-nominated SURVIVORS (2018). Dosa co-produced the Academy Award-nominated THE EDGE OF DEMOCRACY (2019) as well as AN INCONVENIENT SEQUEL: TRUTH TO POWER (2017). In 2018, DOC NYC named Dosa to the inaugural “40 Under 40” class of documentary filmmakers and was inducted into the Academy of Motion Picture Arts and Sciences. She graduated from Wesleyan University and holds a master’s in anthropology and international development economics from the London School of Economics.

press for Fire Of Love

"The most staggering, terrifying, and beautiful imagery of nature ever recorded."

"A recounting of how two obsessed, real-life volcanologists fell in love and chased their passion for molten eruptions together is, hands down, the documentary of the year."