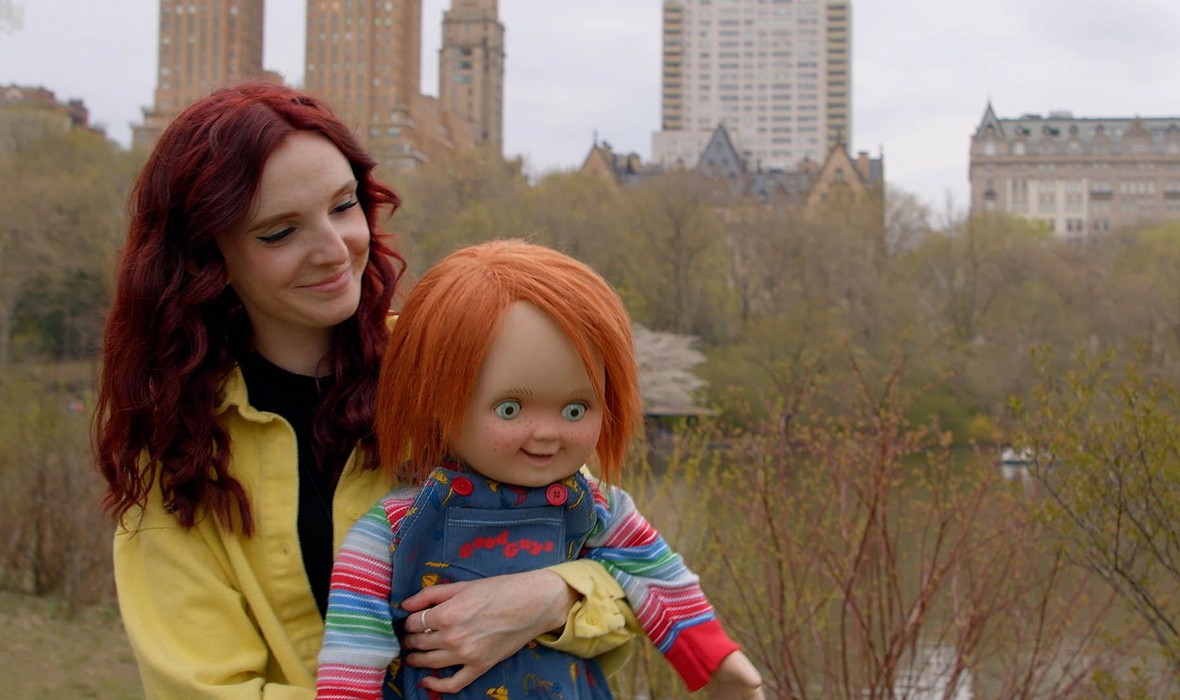 A filmmaker who grew up alongside Chucky seeks out those surrounding the CHILD’S PLAY films as they recount their experiences working on the ongoing franchise, and what it means to be a part of the “Chucky” family.

Directed by Kyra Elise Gardner – the daughter of Tony Gardner, who was the chief puppeteer for the majority of the horror films inspired by CHILD’S PLAY in 1988 – the documentary explores the iconic franchise through a personal and social perspective, using new and archival interview footage to explore the film’s cultural impact over the years with principal cast and crew members. A love letter not only to the franchise, but to the people who work tirelessly to continue to bring Chucky into the homes of horror fans everywhere.

DIRECTOR'S BIO
With a dad in special effects makeup, blood and guts became a normality for Kyra at a young age. Combat nursing was her first goal, but she soon discovered that real blood is way grosser than the fake stuff. She's been pursuing a career in directing since attending Florida State's film program and plans on creating quirky fantastical films from the lore of her unconventional childhood.

press for Living With Chucky

"A celebration of the franchise, including its fans, becomes something greater with unexpected revelations."

"By the film’s end, audiences will find themselves wanting to revisit the horrific doll, experiencing the series as a whole, and looking for all the tidbits that have been revealed through those who brought it to life."

After discovering footage from a fantasy movie he made as a child, filmmaker Bill Watterson (CUFF 2017 Selection DAVE MADE A MAZE) sets out to restore the lost classic.