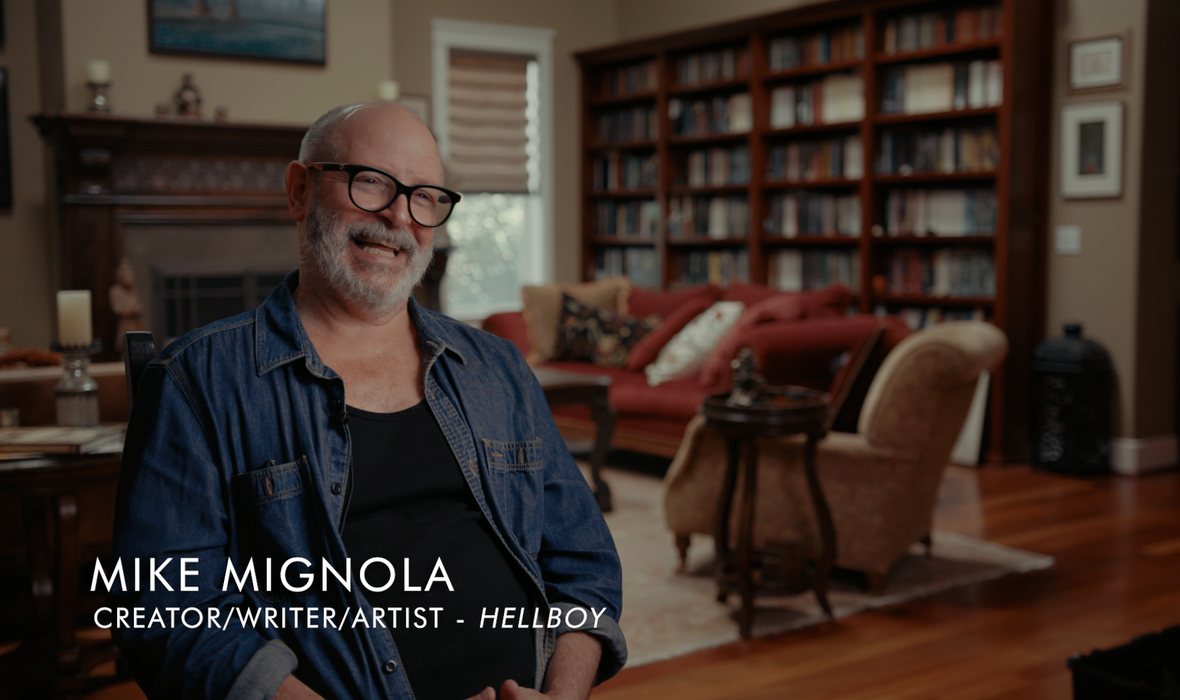 The definitive story of Hellboy creator Mike Mignola, one of the most influential and important comic book creators of all time.

Hellboy has appeared in countless graphic novels and comic books, prose novels and short story collections, acclaimed role playing games and video games, three live action films and two animated features, and has inspired countless toys and collectibles. MIKE MIGNOLA: DRAWING MONSTERS tells the story of how Mike Mignola came to create a world-renowned comic book universe. The film includes never-before-seen interviews conducted with the legendary creator at his studio, drawing demonstrations, behind the scenes footage from workshops and comic book conventions, and interviews with some of the most influential people in entertainment. This is an in-depth look at Mignola’s legacy, from the beginning of his career to his success with Hellboy, including his collaboration with Guillermo del Toro to bring the Hellboy universe to screen.

Kevin's has directed a feature film THE CLOCKWORK GIRL, as well as the official after-show for SyFy Network's Krypton featuring top comic artists, directed dozens of documentary shorts for Disney, Universal and more.

Jim is highly respected in the comics industry, and is the founder and show runner of LightBox Expo, and Emerald City Comic Con, one of the keystone events of the pop culture calendar, and has produced dozens of pop culture events worldwide. His unique voice as a peer to comic book creators is an invaluable perspective to our films.

"MIKE MIGNOLA: DRAWING MONSTERS can either serve as a gateway for curious potential readers or as a meditative survey for the Hellboy diehards."