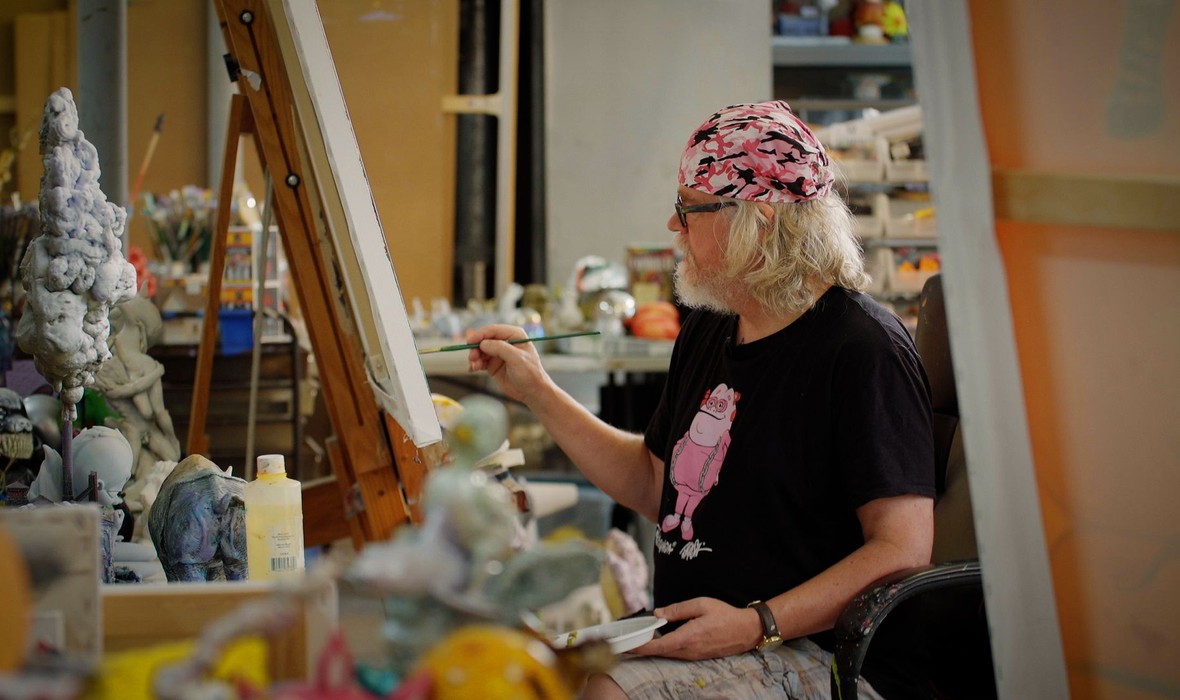 Artist Ron English plays by his own rules, creating dynamic art across the world which demands dialog and provokes action. From humble Midwestern beginnings, processing the commercial imagery of pop culture into a darker, funnier universe he calls Delusionville, English has pranked and pummeled his way into prominence, influencing generations of artists and laying the groundwork for the explosion of Street Art.

DIRECTOR'S BIO
Constant Van Hoeven (Mr Kaleidoscope) is a Dutch born film director based in Kingston, NY. Van Hoeven started work on LIVING IN DELUSIONVILLE in 2016 after meeting Ron English through a mutual friend and co-producer Andrew Porter. Growing up reading about culture jamming in America and The Situationist International in France, he was more than happy to collaborate on a biopic about the legendary artist and anti-consumerist thinker. What initially was supposed to take 6 months turned into a 6-year journey.

CJSW Playlist Curated by Adam, host of The Failed Pilot on CJSW 90.9FM

"An all-too-short glimpse into one of America’s finest critics of pop culture."

"Dubbed the “Godfather of Street Art” ... the documentary takes a fairly straightforward approach to his work and biography, but it is engaging because English is charismatic, candid and endlessly creative."

The Last Words Of Scott Moodie

Shot weeks for his renoviction, THE LAST WORDS OF SCOTT MOODIE gives the titular Montreal artist, bohemian, and man-about-town total control of his narrative. Moodie's stories, which range from the hilarious to the heartbreaking, pile one a top another, keying us into his biography while also raising fundamental questions about gentrification in Montreal, queerness and art, and the broader relationship between art and commerce.