The Colour Of Ink 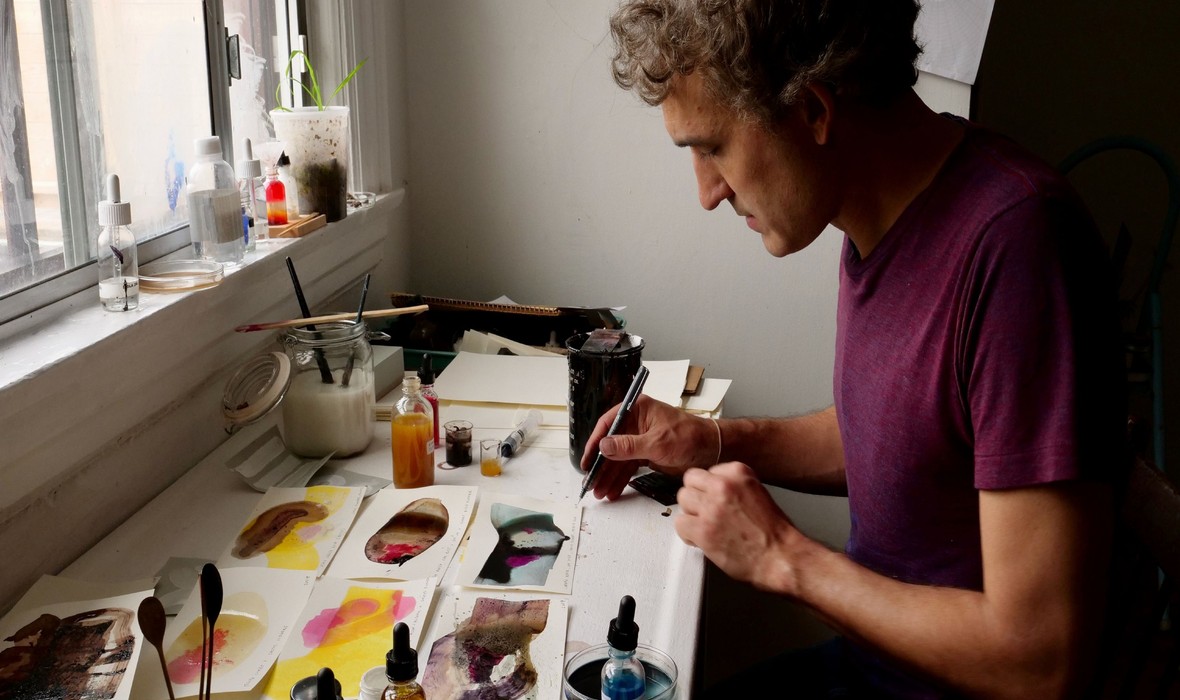 THE COLOUR OF INK uncovers the mystery and power of our oldest medium through the eyes of Jason Logan, a Toronto inkmaker. Harvesting colours from the natural world—weeds, berries, bark, flowers, rocks, rust—he makes ink from just about anything.

Ink is our primal medium. It has always been with us, inscribing the evolution of humanity. Working with ingredients foraged in the wild, Jason sends custom-made inks to an eclectic range of artists around the world, from a New Yorker cartoonist to a Japanese calligrapher. As the inks take on a life of their own, his playful alchemy paints a story of colour that reconnects us to the earth and returns us to a childlike sense of wonder.

DIRECTOR'S BIO
Brian D. Johnson is a Canadian writer, filmmaker and cultural commentator. He is best known from his three decades as the longtime film critic and senior arts writer at Maclean’s magazine, where he remains a Contributing Editor. He is also past president of the Toronto Film Critics Association (2006-2017), and created the annual TFCA Awards Gala, with its $100,000 Rogers Best Canadian Film Award. He has worked professionally as a journalist, author, musician—and, most recently, a filmmaker. In 2015, he produced and directed AL PURDY WAS HERE, a documentary feature about the legendary Canadian poet, which premiered at the Toronto International Film Festival and was runner-up for the TIFF Grolsch People’s Choice Documentary Award.

press for The Colour Of Ink

"A captivating and eye-opening work that will have you looking at ink in a colourful new light."

"One of the most effortlessly beautiful documentaries I've ever watched."

Director Brian D. Johnson in attendance for a live Q&A