An Evening With Beverly Luff Linn 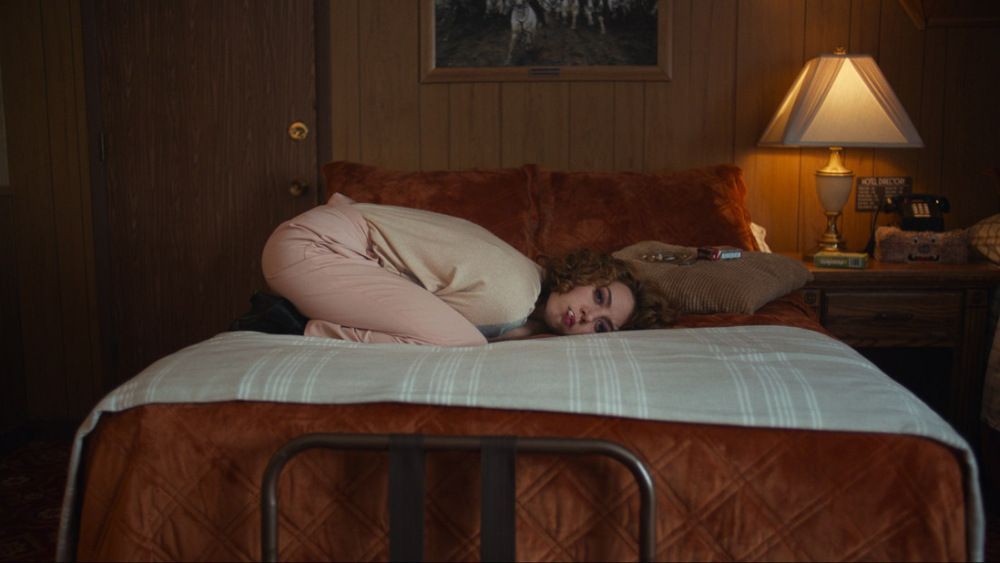 After getting fired by her scheming husband Shane Danger (Emile Hirsch) from his cappuccino shop, dissatisfied Lulu Danger (Aubrey Plaza) is stunned when a TV commercial for “An Evening With Beverly Luff Linn For One Magical Night Only” reveals a mysterious man from her past (Craig Robinson). When Shane and his bumbling cohorts steal the cashbox from Lulu’s adopted vegan brother Adjay, specialist Colin (Jemaine Clement) enters the fray to retrieve the stolen funds. Lulu seizes this opportunity to run off in search of her mystery man—and events only become stranger from there. The new film from madman Jim Hosking (THE GREASY STRANGLER) is sure to make you laugh and cringe in equal measures.

OPENING NIGHT PARTY (included)
The Derrick - 620 8 Ave SW, 9:00 PM - late
Join us across the street from Globe Cinema, for a party following the screening.
Drinks, food and DJing by Adam Kamis from CJSW 90.9 FM

DIRECTOR'S BIO
Jim Hosking’s short film RENEGADES screened as part of CUFF in 2010. His first feature film, THE GREASY STRANGLER, premiered at the 2016 Sundance Film Festival, and won the Discovery Award at the British Independent Film Awards and best comedy at the Empire Magazine Film Awards. AN EVENING WITH BEVERLY LUFF LINN is his second feature film.

press for An Evening With Beverly Luff Linn

"...Hosking’s synthetic style where all the clothes are bad, all the characters are dingbats, and every scene is cluttered with snort-worthy absurdism."

Punch Passes not accepted for the screening
108 minutes