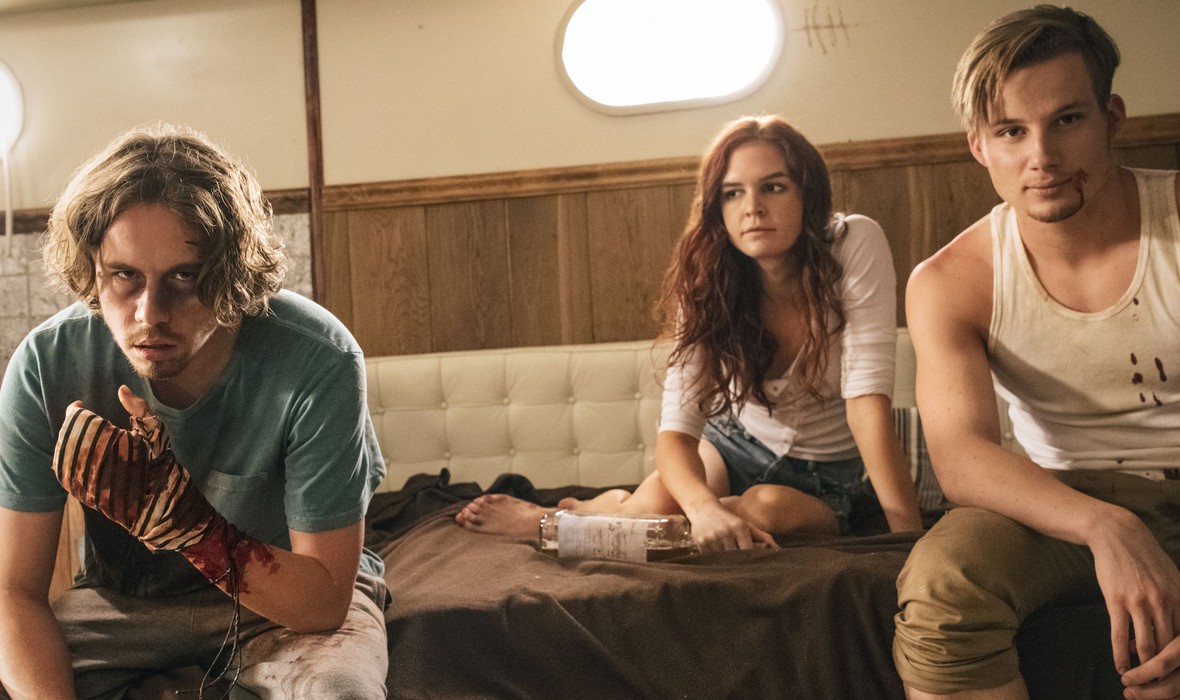 With his perfect family and perfect upbringing, Richard (Christopher Gray) appears to have it all. So when he thinks that his long-term girlfriend, Sasha (Emily Tyra), and best-friend, Jonah (Munro Chambers), are having an affair, it sends him into a fit of rage that leaves Jonah a bloody mess. Once Jonah and Sasha convince Richard the allegations are false, Richard tries to buy back their trust by taking them out for a day-trip on his family’s yacht. Tension boils-over once out to sea, and, to make matters worse, the yacht’s engine fails. Stranded without food and supplies, the trio must set aside their differences in order to survive. One part post-modern Edgar Allan Poe adaptation, one part KNIFE IN THE WATER with the cast of SEINFELD, HARPOON is a wickedly humorous and bloody deconstruction of friendship and love.

AFTERPARTY!!
There will be an afterparty following the screening, across the street at Verns (622 8 Ave SW). Everyone is welcome, free to attend.

DIRECTOR'S BIO
Rob Grant is from Vancouver, BC. He got his start in the editing department as assistant Editor most notably with Steven Spielberg and Michael Kahn on THE BFG, Previz Editor on WAR FOR THE PLANET OF THE APES, and Assistant Editor on DEADPOOL 2. He has directed and edited multiple feature films that have played at festivals such as Toronto International, Austin's Fantastic Fest, Sitges, and Montreal's Fantasia Film Festival, and edited movies and series for the Lifetime Network and Netflix. His previously directed feature films include MON AMI, FAKE BLOOD and ALIVE.

"A very enjoyable comedy-thriller, with plenty of jet-black humor and the occasional dollop of squirm-worthy gore."

Director, Producers and crew in attendance!