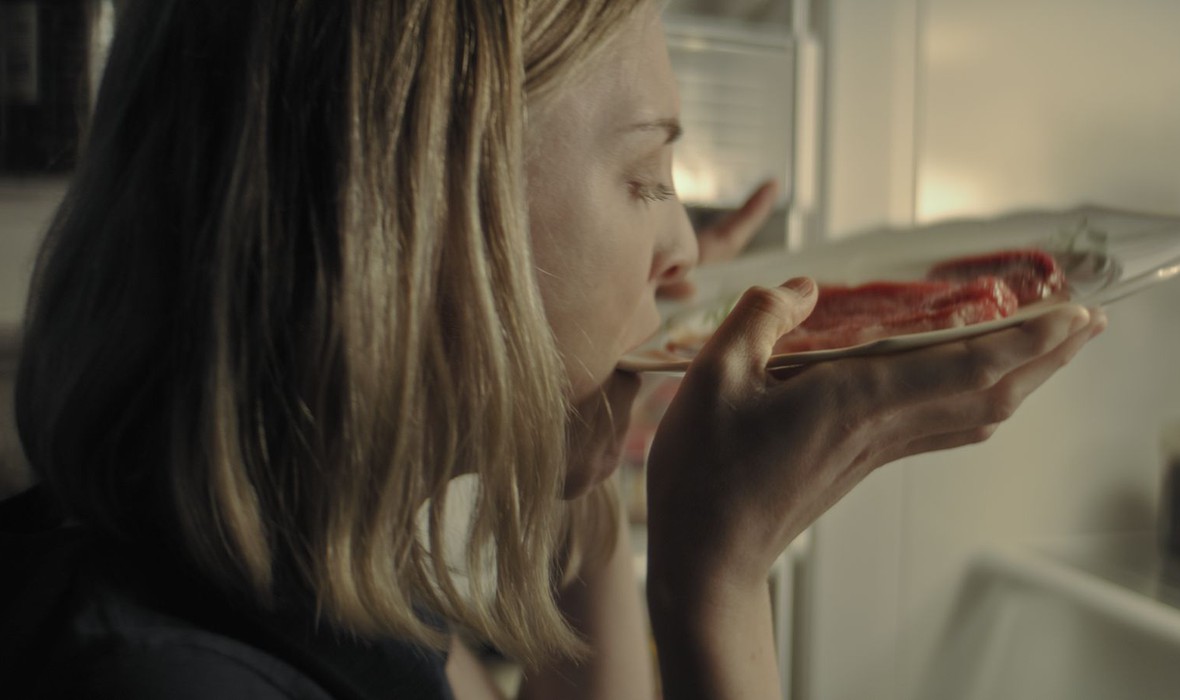 Grey (Lauren Beatty), an indie singer, whose first album was a smash hit, gets an invitation to work with notorious music producer Vaughn Daniels (Greg Bryk) at his remote studio in the woods. Together with her girlfriend/lover Charlie (Katharine King So), they arrive at his mansion, and the work begins. But Grey is having visions that she is a wolf, and as her work with the emotionally demanding Vaughn deepens, the vegan singer begins to hunger for meat and the hunt. As Grey starts to transform into a werewolf, she begins to find out who she really is, and begins to discover the family she never knew. What will it take to become a great artist and at what cost to her humanity?

DIRECTOR'S BIO
Amelia Moses is a Canadian filmmaker, currently based in Montreal. Her short body-horror film UNDRESS ME (2017) screened at over 30 festivals worldwide, had a limited release on Shudder and was eventually picked up by Gunpowder and Sky’s online horror channel ALTER, with over 700,000 views. Amelia’s work has been written about by The Hollywood Reporter, Broadly (VICE) and was featured in an article by White Little Lies entitled “Why the future of genre cinema is female.” Her films focus on the exploration of female anxieties through a horror lens. Her first feature BLEED WITH ME (2020) was on the festival circuit this past year. BLOODTHIRSTY (2020) is her most recent feature film.

"An intense, twisted, physically- and mentally-torqued film that even non-horror lovers will understand and appreciate."

"A satisfying and refreshing entry into the werewolf cinematic lore."

A door to door evangelist is unwittingly doomed after soliciting to a household inhabited by strange cloistered women.