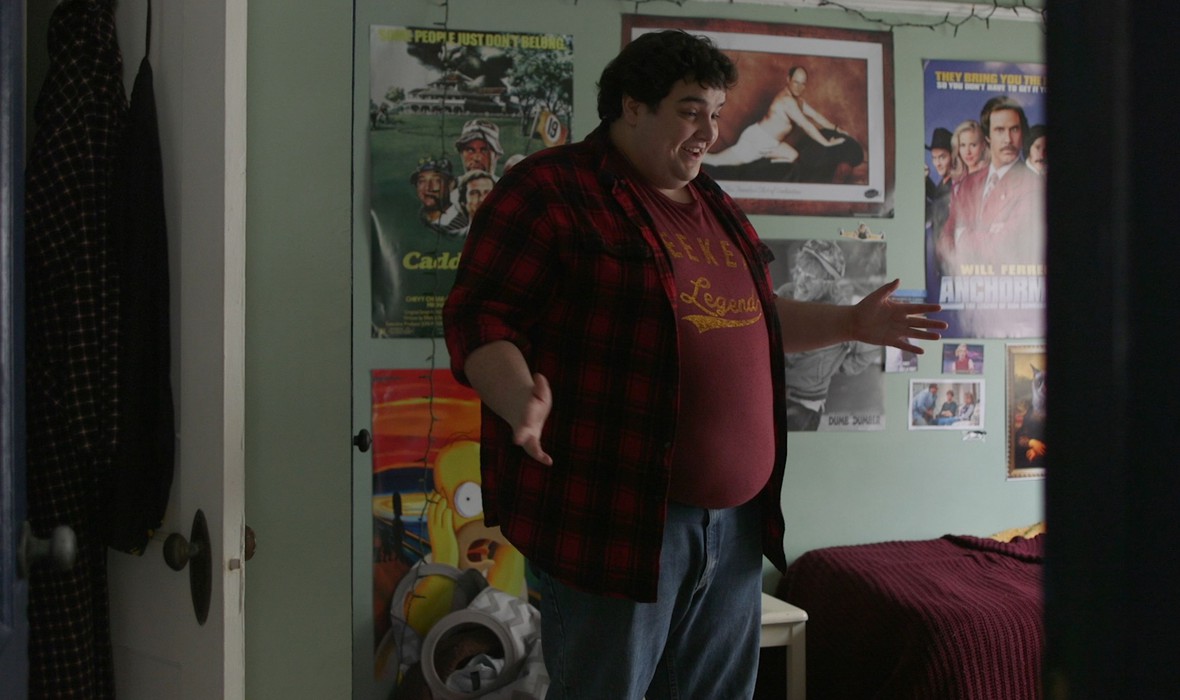 Ernie Burroughs (Zachary Shultz) cares about one thing: being funny. After graduating high school, he devotes his days to posting videos of his act online, waiting to get discovered. When his dad (Jeff Prather) insists he either go to college or get a job, Ernie offers a compromise: he’ll join a community theatre group. Ms. Reddy (Elsa Guenther), the group’s charismatic director, instantly senses something special about Ernie and casts him as the lead of her upcoming “group-devised” production. Ernie is thrilled until he realizes the play will be about a school shooting and he will be playing the shooter. Reluctant at first, he agrees to stick with it, hoping he can somehow turn the play into a comedy. Throughout the rehearsal process, Ms. Reddy and the group push Ernie through demanding psychodramatic exercises designed to help him connect with his character. Gradually, the play infects his life, his mind and his relationships. He grows suspicious of the world around him, believing that something sinister behind the scenes is manipulating him toward an inevitably violent end.

DIRECTOR'S BIO
Anna Nilles & Marco Jake find solace in absurdity. Their first film, BARK (2017), won the “Programmer’s Stand Out” Award at Hell’s Half Mile Film Festival and “Best Windy City Feature” at Blow Up International Arthouse Film Festival and is currently available to stream on NoBudge. ITCHY FINGERS (2020) is their second feature length film. They live and work in Chicago.

"It’s a film unlike any other you’ve ever seen and truly defies whatever genre we think it might be—comedy, drama, thriller."