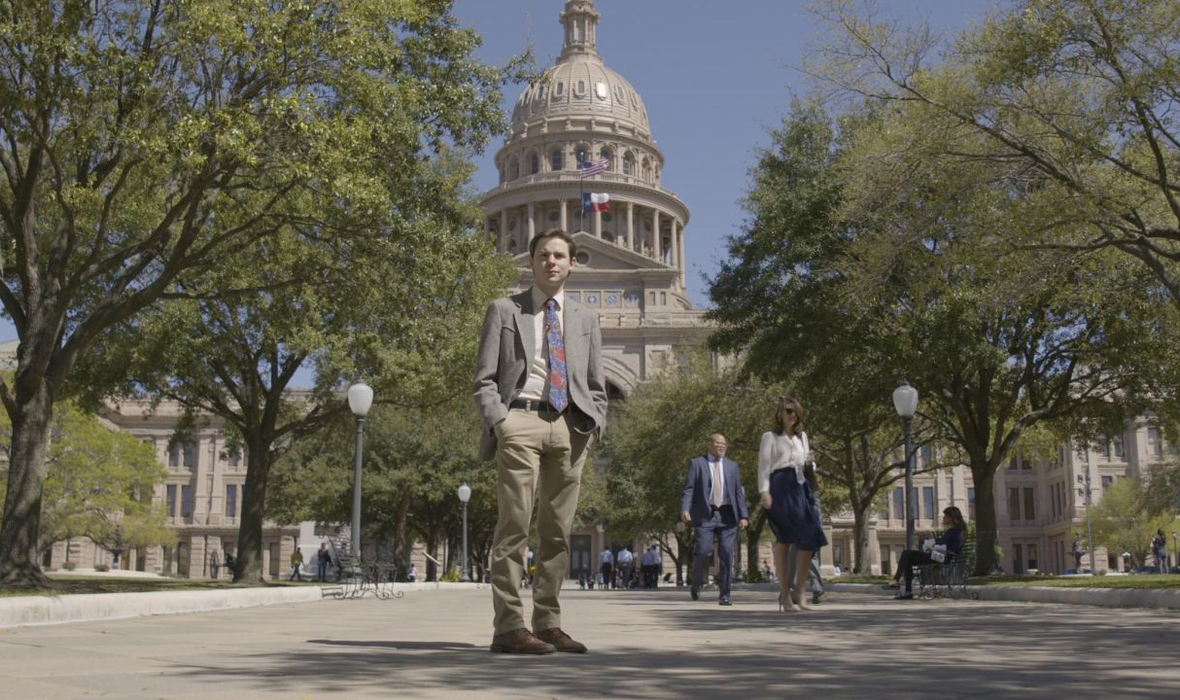 In 2018, 24-year old Hayden Pedigo released a spoof video declaring his candidacy for Amarillo city council. After the video goes viral in the local community, Pedigo is inspired to actually run for council in the small Texas town. With a goal of upending the status quo and ousting the county’s corrupt incumbent politicians, the young experimental musician and filmmaker makes a name for himself – not just for his bizarre campaign, but for reaching out to the local communities that have suffered the most in Amarillo. While still keeping a humorous and light-hearted tone, KID CANDIDATE goes beyond Pedigo’s political run and looks at issues of race, income inequality and gentrification in small-town America.

DIRECTOR'S BIO
Jasmine Stodel is an American independent filmmaker. KID CANDIDATE is her first feature film, and earned her a Grand Jury Prize nomination for Best Documentary Feature at SXSW 2021.

"KID CANDIDATE works as an engaging character study and an insightful examination of city politics."

"KID CANDIDATE is an effective microcosm of small-town American politics."

This short documentary is both an investigation into animal happiness and an intervention to improve one turtle’s life.