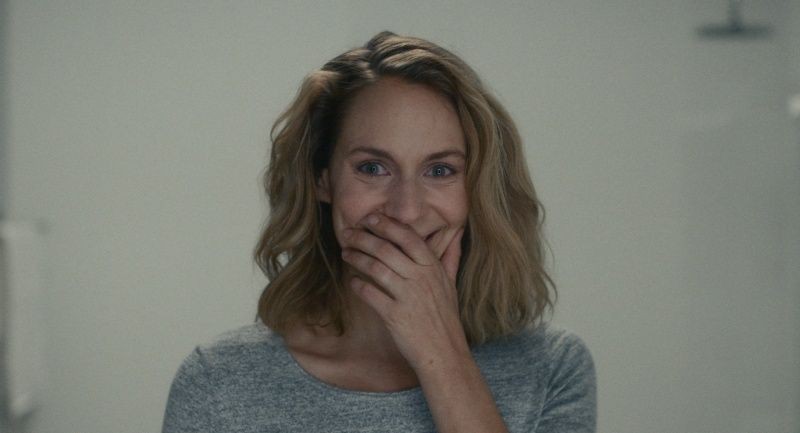 As a civil war shakes the province of Quebec, Valérie is the sole survivor of a mass execution in which her boyfriend is killed. Years later, she’s in a close relationship with her new partner, Gabriel. At the Long Term Care Center where she works as a caregiver, she befriends Jeanne, a well-read and funny woman, who is dealing with severe physical disability. On the edge of science-fiction and realism, LAUGHTER explores the survivor guilt phenomenon, both for the victims and persecutors, throughout love, laugh and time.

DIRECTOR'S BIO
Martin Laroche is a Canadian film director and screenwriter from Victoriaville, Quebec. He is a graduate of the film studies program at the Université du Québec à Montréal and is most noted for his 2012 film FAIR SEX (LES MANÈGES HUMAINS). His other credits include his debut feature film, LA LOGIQUE DU REMORDS (2007), MODERNAIRE (2009), TADOUSSAC (2017) and LAUGHTER (2020).

"A blend of grounded realism and David Lynch strangeness."

"LAUGHTER (LE RIRE) explores the dichotomous layers of war, death, and dark comedy in a psychological thriller that will truly make viewers question at times whether they should laugh or cry."