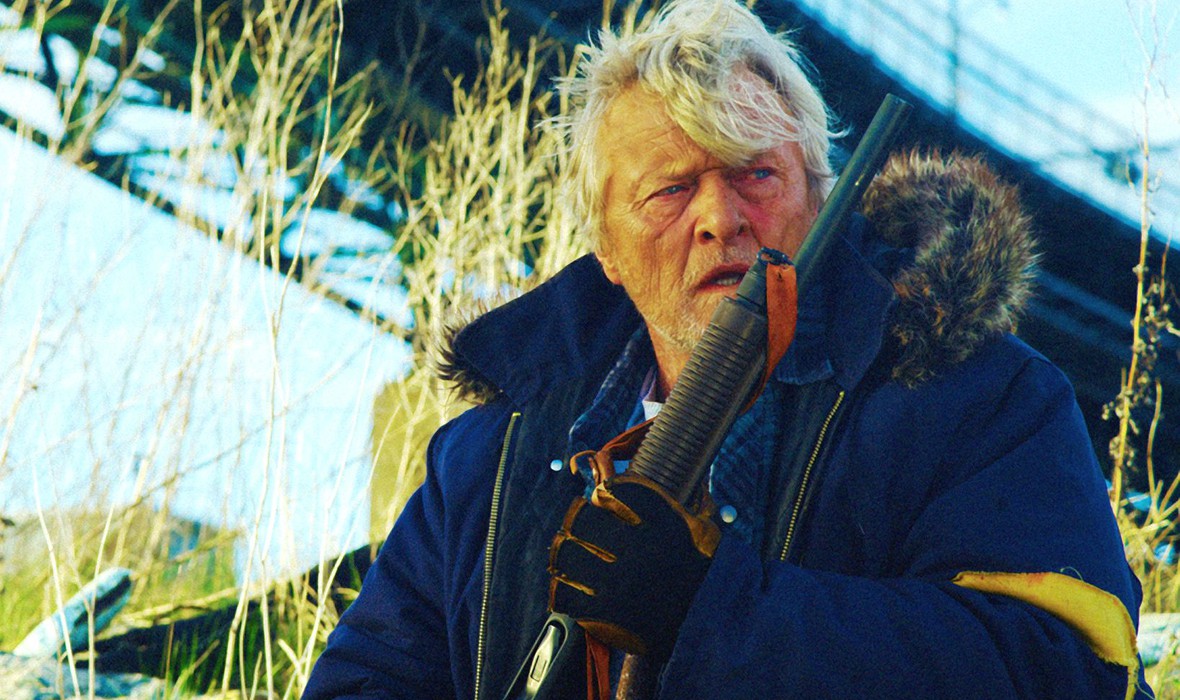 Stream Live Only at the scheduled time:
Stream on Demand (48 hours only!)

As part of National Canadian Film Day, CUFF is partnering with Reel Canada for a free online presentation of HOBO WITH A SHOTGUN (2011) to celebrate the film's 10th Anniversary. Now a cult classic, the action exploitation film was based on a faux-trailer of the same title featured in Quentin Tarantino and Robert Rodriguez's GRINDHOUSE.

Join CUFF on April 21 for a live watch party at 7pm MT or view the film on-demand from April 21-23 (stream available for 48-hours). Watch the film from anywhere in Canada. You must claim a free ticket to attend this online event.

ABOUT THE FILM
A train pulls into the station – it’s the end of the line. A hobo jumps from a freight car hoping for a fresh start in a new city. Instead, he finds himself trapped in an urban hell. This is a world where criminals rule the streets and Drake, the city’s crime boss, reigns supreme alongside his sadistic murderous sons, Slick & Ivan. Amidst the chaos, the hobo comes across a pawn shop window displaying a secondhand lawn mower. He dreams of making the city a beautiful place and starting a new life for himself. But as the brutality continues to rage around him, he notices a shotgun hanging above the lawn mower. Quickly, he realizes the only way to make a difference in this town is with that gun in his hand and two shells in its chamber.

DIRECTOR'S BIO
Jason Eisener is a Canadian director and producer. In 2007, Eisener's HOBO WITH A SHOTGUN won the GRINDHOUSE fake trailer contest hosted by Robert Rodriguez and the SXSW Festival. The feature length HOBO WITH A SHOTGUN was released in 2011 and played the Sundance Film Festival. He also directed V/H/S/2 in 2013.

press for Hobo With A Shotgun - National Canadian Film Day

"Offers up grindhouse gristle and wit that puts MACHETE to shame"

"HOBO WITH A SHOTGUN takes on genre filmmaking with a vengeance and a toque."