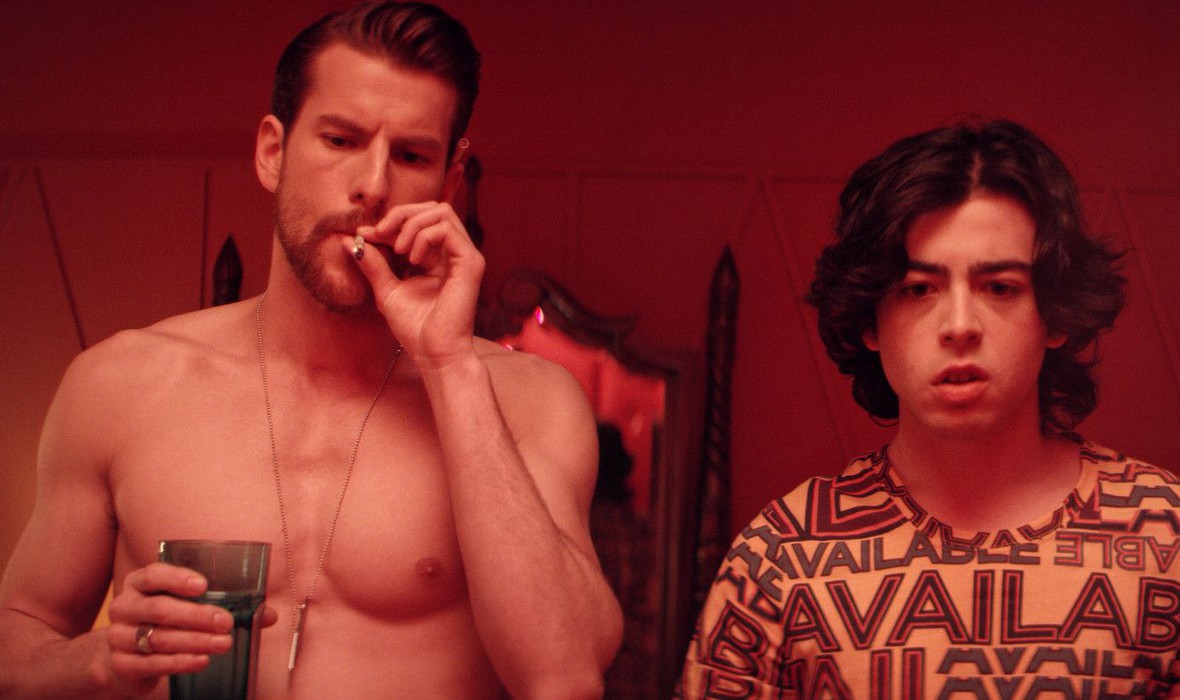 When a teenager finds himself caught in a glitchy-glitzy reality with his on-screen male idol, he does all he can to be possessed by this man and ignore the violent clues of how he got there.

Demir wakes up like a blank canvas, with his entire past forgotten and a stranger with a pet pig sharing his new fancy display-style home. But he couldn’t care less about the blackout or the “TVness” of this reality, because the stranger is not strange at all, he is Andrew, a vision of Hollywood holiness embodied in a man, and an unscrupulous auctioneer no less. By accepting the hand of friendship extended by Andrew, Demir does everything he can to be possessed by this man and ignore how he found himself there in the first place.

DIRECTOR'S BIO
Gem Deger is a self-made multi-media artist born in 1997 in Konak, Turkey. A pop culture and art fanatic, he has shot several home-made short LGBT films and music videos in his homeland before moving to Prague, Czech Republic to work on his debut feature PLAYDURIZM, a provocative take on his generation’s blurred lines between reality and art, the celebrity worship syndrome, and the pursuit of self-acceptance in a censorious society.

"A truly fascinating trip that ought to be seen to be believed."

"PLAYDURIZM by Gem Deger, the 23-year old director-actor who has things to show and tell, is a revelation."