GEORGE A. ROMERO DOUBLE BILL: THE AMUSEMENT PARK & NIGHT OF THE LIVING DEAD 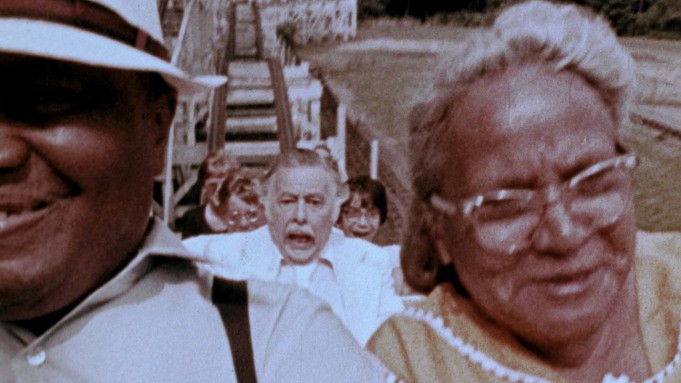 CUFF presents a double bill from the legendary horror filmmaker George A. Romero! First up see the new 4K digital restoration of Romero's long-lost THE AMUSEMENT PARK (1973) followed by his classic NIGHT OF THE LIVING DEAD (1968). See 2 films for the price of 1!

An elderly gentleman goes for what he assumes will be an ordinary day at the amusement park, only to find himself in the middle of a hellish nightmare instead. Shot by George A. Romero between NIGHT OF THE LIVING DEAD and DAWN OF THE DEAD, THE AMUSEMENT PARK is a bleak, haunting allegory where the attractions and distractions of an amusement park stand in for the many abuses that the elderly face in society. The long-lost 1973 feature has just been released as a 4K digital restoration commissioned by the George A. Romero Foundation.   Watch the trailer

NIGHT OF THE LIVING DEAD (96 minutes)

Shot outside Pittsburgh on a shoestring budget, by a band of filmmakers determined to make their mark, NIGHT OF THE LIVING DEAD, directed by horror master George A. Romero, is a great story of independent cinema: a midnight hit turned box-office smash that became one of the most influential films of all time. A deceptively simple tale of a group of strangers trapped in a farmhouse who find themselves fending off a horde of recently dead, flesh-eating ghouls, Romero’s claustrophobic vision of a late-1960s America literally tearing itself apart rewrote the rules of the horror genre, combined gruesome gore with acute social commentary, and quietly broke ground by casting a black actor (Duane Jones) in its lead role. Stark, haunting, and more relevant than ever, NIGHT OF THE LIVING DEAD is back. – Criterion   Watch the trailer

DIRECTOR'S BIO
The late George A. Romero was an American filmmaker, writer, and editor. His NIGHT OF THE LIVING DEAD series of films about zombie apocalypse began with the 1968 film of the same name, and is often considered a progenitor of the fictional zombie of modern culture.

Tickets to all drive-in films cost $35 per car. Your ticket to the Romero Double Bill includes both films. COVID regulations, in accordance with AHS rules, will be in effect. Check here for more information about all our drive-in Rules & Regulations.

press for GEORGE A. ROMERO DOUBLE BILL: THE AMUSEMENT PARK & NIGHT OF THE LIVING DEAD

"George A. Romero's widow Suzanne has deemed "The Amusement Park" the director's "most terrifying film.""

"“The Amusement Park” so appalled the Lutherans that they refused to release it.... It is only now being seen by the public almost a half-century later."