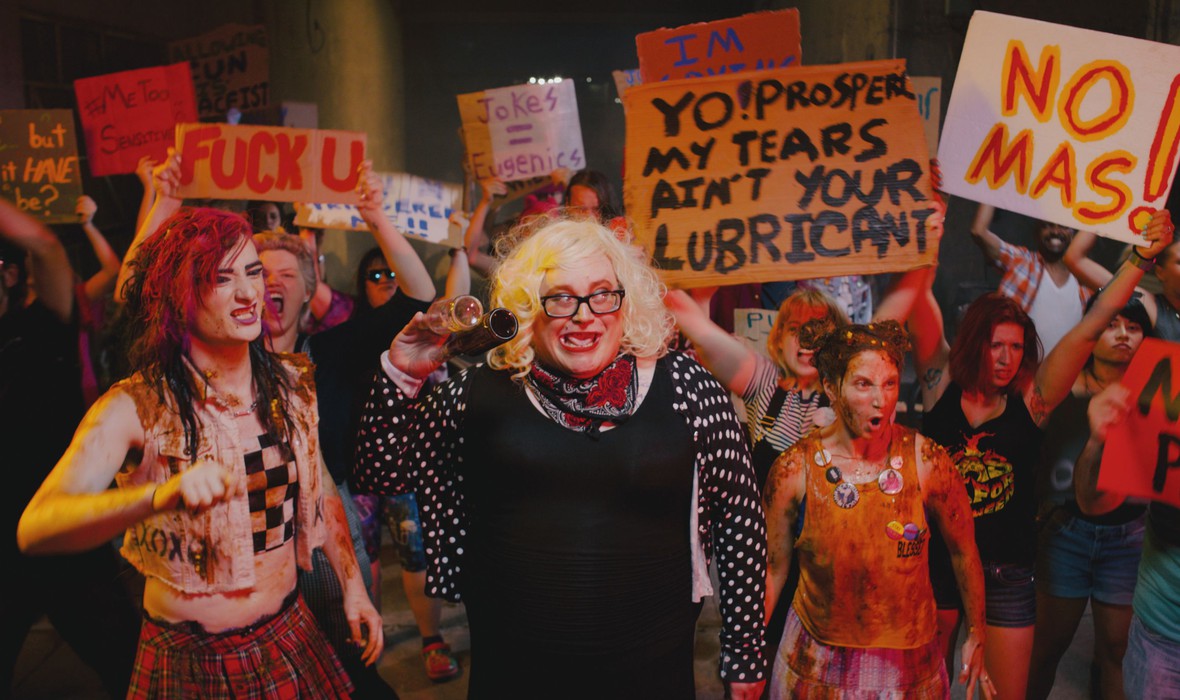 The Opioid Epidemic is destroying America and legendary director Lloyd Kaufman celebrates Troma's 45th and his 50th year making movies, by taking on Big Pharma, addiction and the intolerance of social media in #SHAKESPEARESSHITSTORM. This irreverent musical adaptation of "The Tempest" is ripe with bawdy couplets, Hieronymus Boschian images of excess and unrefined iambic pentameter. Shakespeare has never been this raw and unfiltered.

DIRECTOR'S BIO
Lloyd Kaufman and Michael Herz met at Yale in 1971 and three years later the Troma Universe was born in 1974 with a series of highly original, raunchy comedies such as SQUEEZE PLAY!, STUCK ON YOU!, and WAITRESS! Kaufman continued to work on outside productions such as ROCKY and SATURDAY NIGHT FEVER before Troma became world-famous for producing and distributing classics such as Kaufman's THE TOXIC AVENGER, MOTHER'S DAY and TROMEO & JULIET. Kaufman has been an honoured guest at various international film festivals and Troma retrospectives around the world and has received the Lifetime Achievement Awards at the Fantasy Film Festival of Amsterdam, Sitges Film Festival, Brussels Festival of Fantasy and others.

"This is an exploitation film unlike any other, and it is a pure and simple cinematic masterpiece."

"#SHAKESPEARESSHITSTORM is a lot of deranged fun that will satisfy fans of bad taste cinema."

- In Their Own League

The Ballad Of Sharkasaurus

When Albertan miners dig too deep they unleash Sharkasaurus, a half t-rex half megaldon monster and it's up to Betsy Tyrell to send him back to hell or die trying.