Down With The King 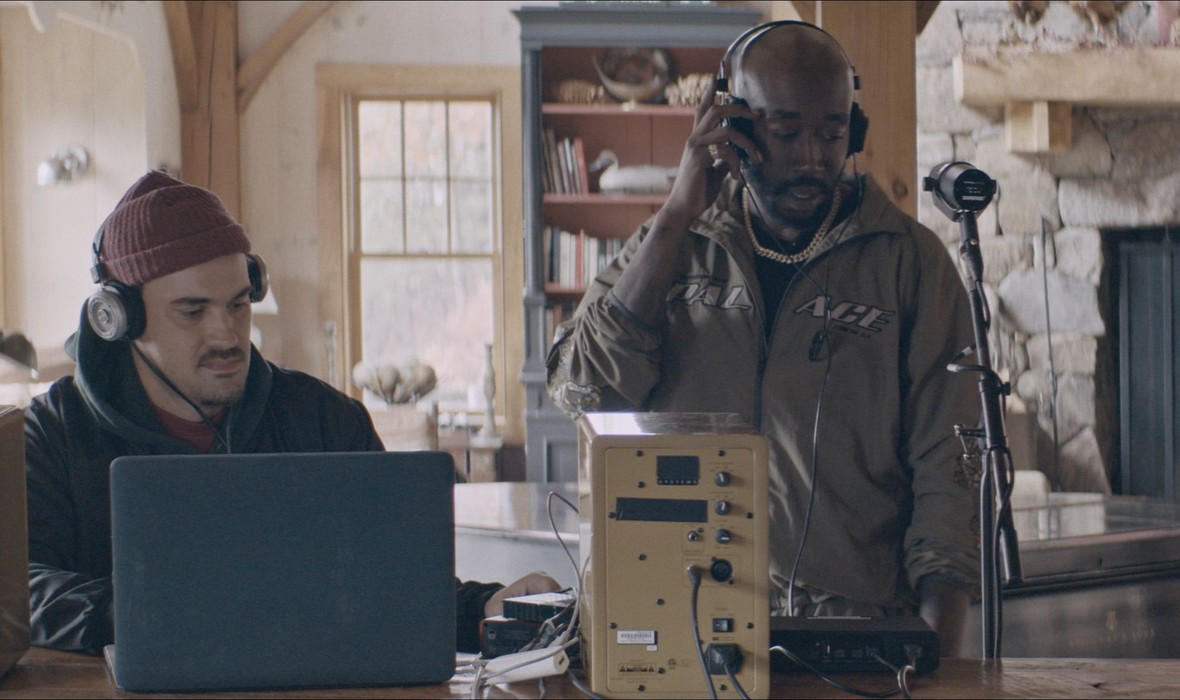 A famous rapper disillusioned with the music industry and the pressures of being a celebrity, leaves the city and his career behind to find himself in a small-town farming community.

Rap star Money Merc, played by the Grammy-nominated rapper Freddie Gibbs in his acting debut, has been sent by his manager, to a rural house in rural Massachusetts to focus on his next album. Unbeknownst to Paul, his manager, Merc is doing quite the opposite - he doesn’t have the desire to lay down any tracks. Disenchanted with his rap career and the 24/7 upkeep that such fame entails, Merc spends most of his time at his neighbour’s farm learning about farming and enjoying the simplicity of country life. After Merc abruptly announces his retirement on Twitter, Paul rushes to the countryside to lure him back into the music industry. Merc finds himself at a crossroads. He has to choose between continuing his career to support his family or starting a new life away from the music industry.

DIRECTOR'S BIO
Diego Ongaro is a French director living in rural western Massachusetts. He wrote and directed ME MY BAG AND MY BALL (2005), a short film that won the Canal+ Award at the 2006 Clermont Ferrand International Short Film Festival. Diego then directed three other short films: RETURN TO LABRADORIA, RICE AND MEAT and BOB AND THE TREES, the latest being the inspiration for his debut feature film bearing the same name. BOB AND THE TREES had its world premiere at the 2015 Sundance Film Festival (NEXT), won the top prize at the Karlovy Vary International Film Festival in Czech Republic and screened in more than 20 international festivals throughout the world. Diego was short-listed for the Someone to Watch Award at the 2016 Independent Spirit Awards. DOWN WITH THE KING is his second feature film.

press for Down With The King

"An impressive performance from Gibbs, and not without levity ... harmony of emotion and visuals makes the film a complete circuit."