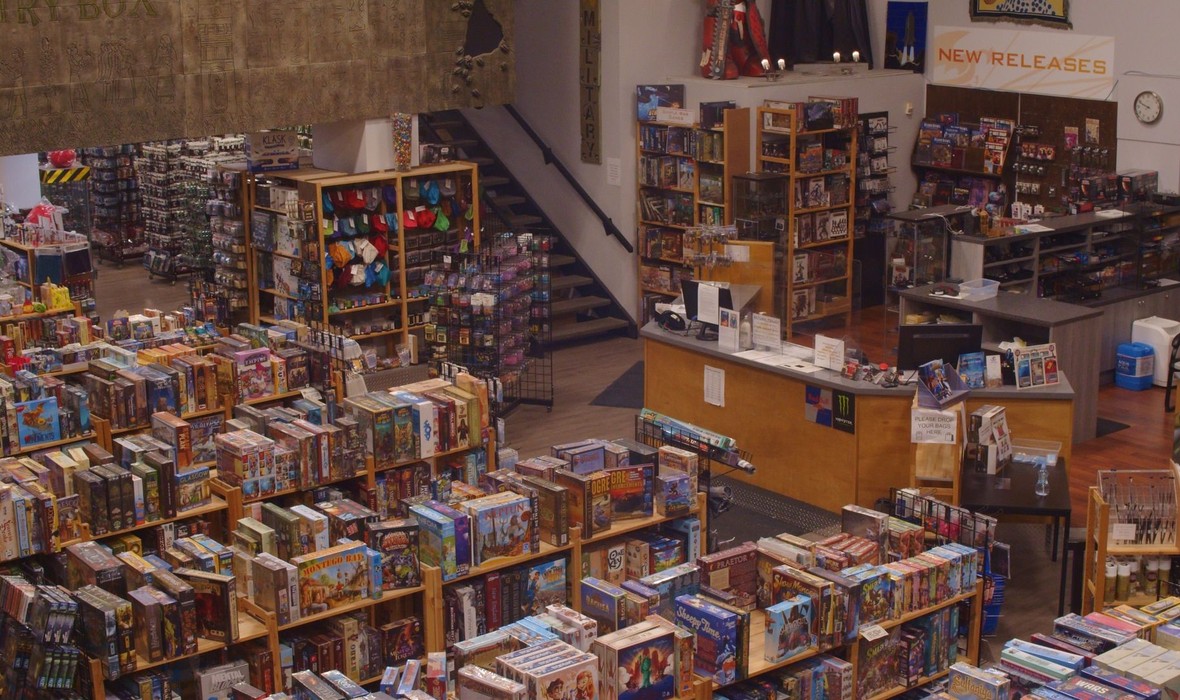 The unlikely story of the world’s largest game store – The Sentry Box – located in Calgary.

Communities are not just bound by borders – they are often comprised of people with shared passions. A friendly local game store (FLGS) is a unique place where people can connect with each other, create memories, and build community. Celebrating over 40 years of operation, the Sentry Box in Calgary, Alberta has grown to become the world’s largest game store. It has achieved this incredible milestone by being an inviting and welcoming space for people of all backgrounds to enjoy table top games, such as Dungeons and Dragons. The documentary from CUFF alumnus and Calgarian Garry Snow shares the unique history of the Sentry Box by interviewing the owner, long-time customers, current and former employees, and local industry influencers who have all been connected by the friendly local game store.

DIRECTOR'S BIO
Receiving a Dungeons and Dragons game as a 12-year-old sparked a lifelong love of sharing stories and playing games for Garry Snow. Combining these two passions into his first documentary film, Garry shares the incredible story of the Sentry Box, while exploring why games are the perfect activity to bring people together. Garry is the host of the Dieku Podcast where he conducts long-form video interviews with game designers about their creative journeys, and has developed several of his own pen and paper table top games. Garry got his first taste of filmmaking while participating in CUFF's 48-Hour Movie Making Challenge.