Straighten Up And Fly Right 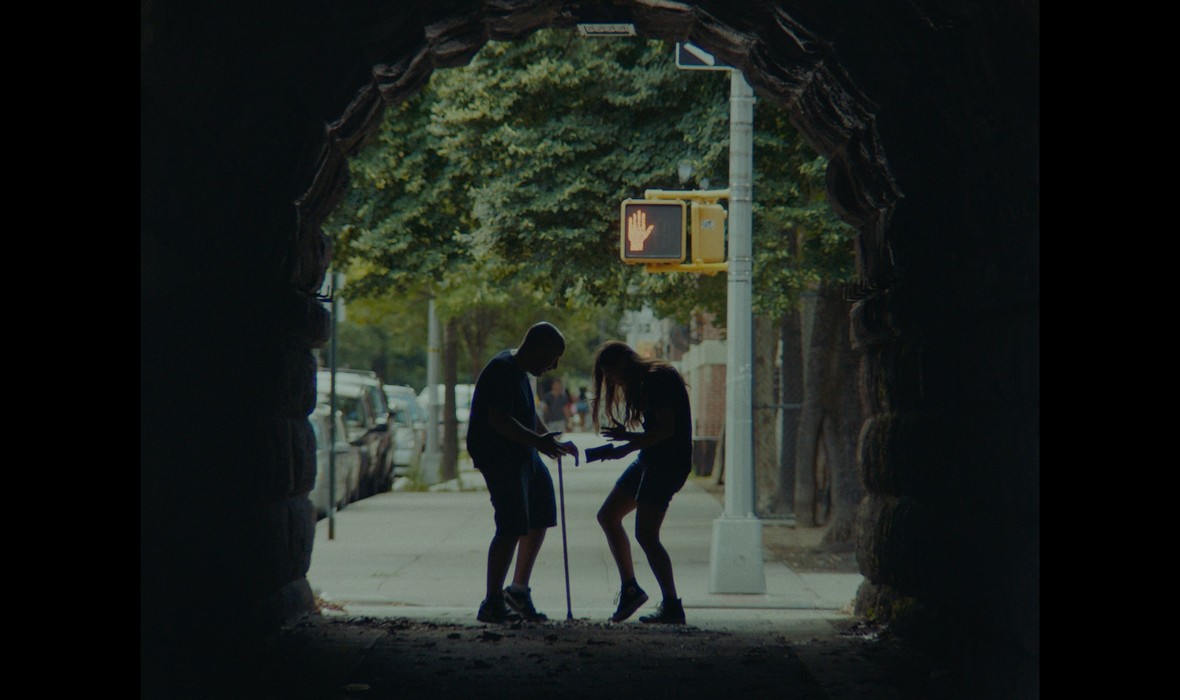 All alone during a brutal winter, Kristen flounders to find the warmth of connection. She does not look like a typical twentysomething New York woman. Kristen battles with Ankylosing Spondylitis, a severe form of arthritis, and is permanently bent over. To deal with her physical pain, she takes more than the recommended dose of Advil, smokes weed, and pays to have sex with her drug dealer. Her daily escape is watching hours of YouTube and writing intensely in her black notebook. She walks dogs for a living and dreams of becoming a writer, but lacks the courage to pursue her passion seriously. Things go sideways when Kristen’s boss sends her to walk a new client’s dog. There she meets Steven, an older man who is also bent over with Ankylosing Spondylitis. Confronted with a mirror image of her disability, Kristen is horrified. Steven sees an opportunity to mentor Kristen, and they set out on a journey that will change them forever.

Directed by Kristen Abate and Steven Tanenbaum, the later who has Ankylosing Spondylitis, the same inflammatory disease his character has, STRAIGHTEN UP AND FLY RIGHT is an honest portrayal about the realities of living with a physical disability. Winner of the Grand Jury Prize at Slamdance 2022.

DIRECTOR'S BIO
Kristen Abate grew up in the West Village and is the 2019 New York Foundation recipient for the Arts NYC Women’s Fund courtesy of the Mayor’s Office of Media and Entertainment. While attending PS3, she started acting and dancing with the renowned children’s dance and theater company Loco-motion. There she met award-winning playwright/filmmaker Steven Tanenbaum. The two have collaborated on over ten plays and four films. In 2017 she won Best Supporting Actress for her role in the feature film HOW TO SCORE YOUR LIFE at the Philadelphia Independent Film Awards. Her short film, SWIPE, was nominated for Most Original Story at the Blackbird Film Festival and Won Best Editor (Armando Croda). She has a leading role in the 2020 NYFA & MOME NYC Women’s Fund film BLUEBERRY which will premiere in 2021. Abate is a college dropout whose work is centered around New York stories/characters and women-driven narratives.

DIRECTOR'S BIO
Steven Tanenbaum was diagnosed with Ankylosing Spondylitis, a severe form of crippling arthritis, when he was 11. The arthritis curved his spine into a vertebral question mark and accounts for his bent point of view and twenty-year streak of never stepping in dog poop. In 2004, walking home after a performance of his play, MONO, he was run over by a truck. Less than eight months later, while still recuperating, he directed, COMING SOON, his first feature film. Tanenbaum started the film/theatre production company, Another Urban Riff, in 2002; and since then, has written and directed eight plays (including MONO which ran for 4 years), four short films and three feature-length films. Tanenbaum is also a published monologist. In addition to theatre and film, Tanenbaum currently serves on the Board of Directors for Loco-motion Dance Theatre for Children, a not-for profit dance and theatre program for children.

press for Straighten Up And Fly Right

"Kristen Abate and Steven Tanenbaum’s feature, STRAIGHTEN UP AND FLY RIGHT, puts us right in the shoes of a person with a disability and her search for friendship, love, and meaning in life."

"STRAIGHTEN UP AND FLY RIGHT works on several levels."