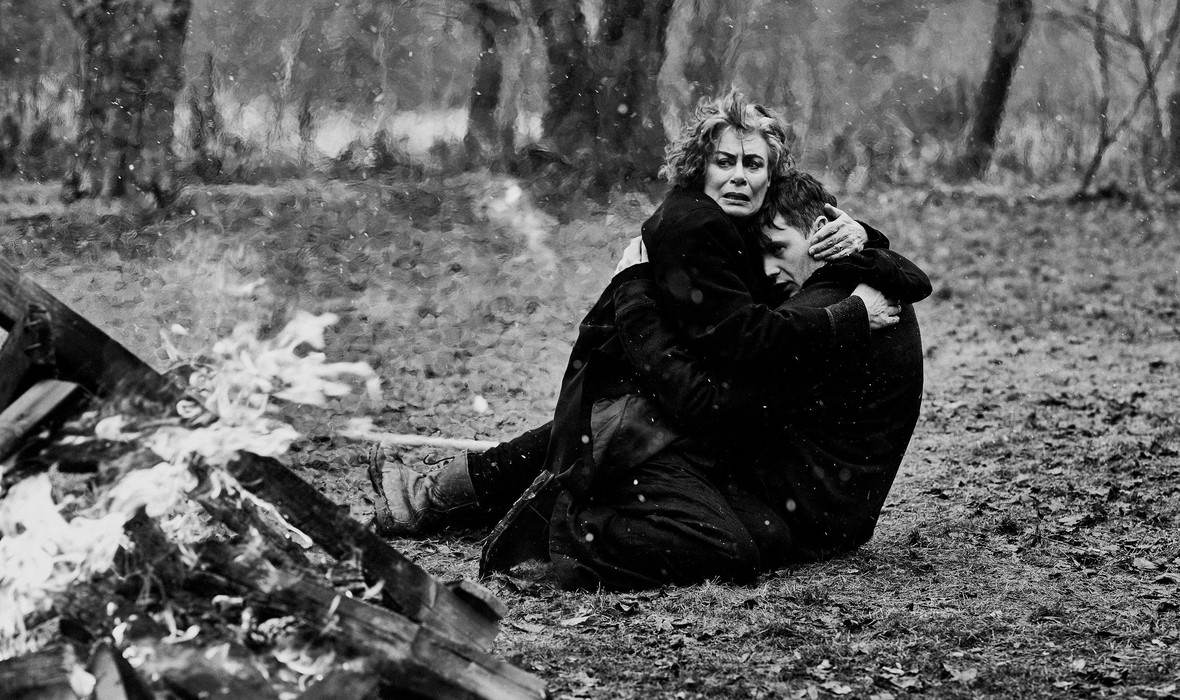 A burdened man feels the wrath of a vengeful God after he and his wife are visited by a mysterious stranger in this Newfoundland-set psychological horror.

Frederic Mason was a priest for most of his life. Now in his 60s, he has left the faith and moved to the country to start a family with his new wife. Frederic, however, is mired in his troubled past and a secret he cannot exhume himself of. A mysterious young man needing help soon appears, and he slowly reveals his true identity and what this means for Frederic and his complicated relationship with a vengeful God. From first-time writer/director/actor Mark O’Brien (READY OR NOT), the slow burn thriller is receiving much acclaim on the festival circuit, including winning the Cheval Noir Award for Best Screenplay at Fantasia Film Festival 2021, and several Directors Guild of Canada and Canadian Screen Awards nominees.

DIRECTOR'S BIO
Mark O'Brien is an award-winning actor and filmmaker. His short films have won him awards from dozens of festivals around the world. As an actor, Mark is one of the stars of Showtime’s CITY ON A HILL, starring opposite Kevin Bacon and produced by Ben Affleck and Matt Damon. He was one of the stars of AMC’s critically acclaimed series HALT AND CATCH FIRE as well as the Amazon series THE LAST TYCOON. In 2016, he starred in Denis Villeneuve’s ARRIVAL; other films include MARRIAGE STORY, READY OR NOT, ANON, THE DARKEST MINDS, and BLUE BAYOU. O’Brien has also appeared in several hit series, including NBC’s HANNIBAL. In 2020, Mark won the Canadian Screen Award for Best Actor in a Leading Role for his performance in the film, GOALIE. He is currently filming the new AMC series 61ST STREET, produced by Michael B. Jordan.

press for The Righteous

"O’Brien’s blistering thriller THE RIGHTEOUS indeed feels like a gift from above."

"THE RIGHTEOUS is a confident, compelling debut, a dark journey into the soul that satisfyingly leaves as many questions unanswered as answered."