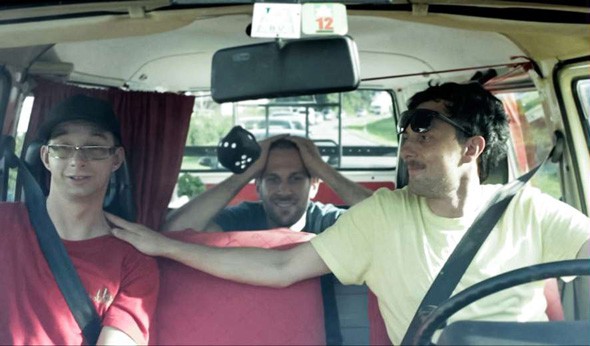 29-year-old Enea wants to have sex. But as a person with autism living in Italy, this is more complicated than one would expect. Enea and his friends Carlo and Alex set out on a journey through Northern Europe heading for Austria, where prostitution is legal. As more people join the mission, diverting the trio from their initial destination, Enea’s most intimate feelings rise to the surface as the friends explore their conceptions of love, friendship and freedom. What begins as a search for sex eventually ends up posing more questions and finding new, unexpected answers.

DIRECTOR'S BIOGRAPHY:
Italian director Carlo Zoratti has worked at the Interactive department at Fabrica, the Benetton center for communication, and was artistic director for the 2013 tour by Italian singer-songwriter Jovanotti. THE SPECIAL NEED is his first full-length feature film.

press for The Special Need

"THE SPECIAL NEED dispels taboos and facile answers to uncover the truth behind this man's overwhelming urges: the absence of love, that most essential of sentiments."

In Gaoqiao, a small town on the edge of Shanghai, there’s an old traditional method to prepare what resembles the Rice Krispies square.