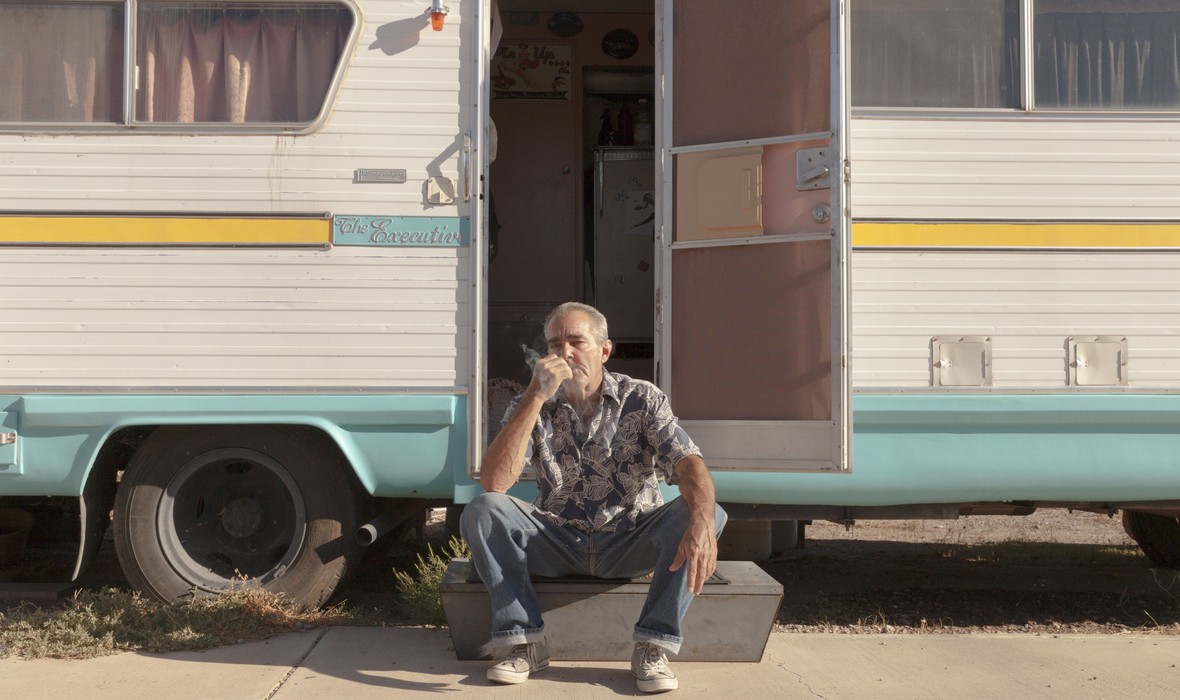 TRUTH OR CONSEQUENCES is a speculative documentary about time and how we weave the past into the present and our possible future. Set in the small desert town of Truth or Consequences, New Mexico, the film takes place in the shadow of the world’s first commercial Spaceport. Subtly set in a near future when space travel has begun, the film follows five residents in the town.

Combining documentary cinema, archival footage, experimental virtual reality worlds and an improvised score by Bill Frisell, TRUTH OR CONSEQUENCES is a lyrical meditation on progress, history, and how we navigate a sense of loss within ourselves and a changing world.

DIRECTOR'S BIO
Director, editor, cinematographer, producer and writer Hannah Jayanti is a documentary filmmaker. She’s dedicated to changing the way we listen to each other through the art of nonfiction. Recent support includes: Sundance Institute, Tribeca Film Institute, New York State Council on the Arts, New York Foundation for the Arts, Jerome Foundation, among others. She’s passionate about making filmmaking accessible and teaches free and low cost media classes around the world. TRUTH OR CONSEQUENCES is her first feature length film.

press for Truth Or Consequences

Considered a staple of Florida tourism, alligator wrestling has been performed by members of the Seminole Tribe for over a century. HALPATE profiles the hazards and history of the spectacle through the words of the tribe's alligator wrestlers and what it has meant to their people's survival.