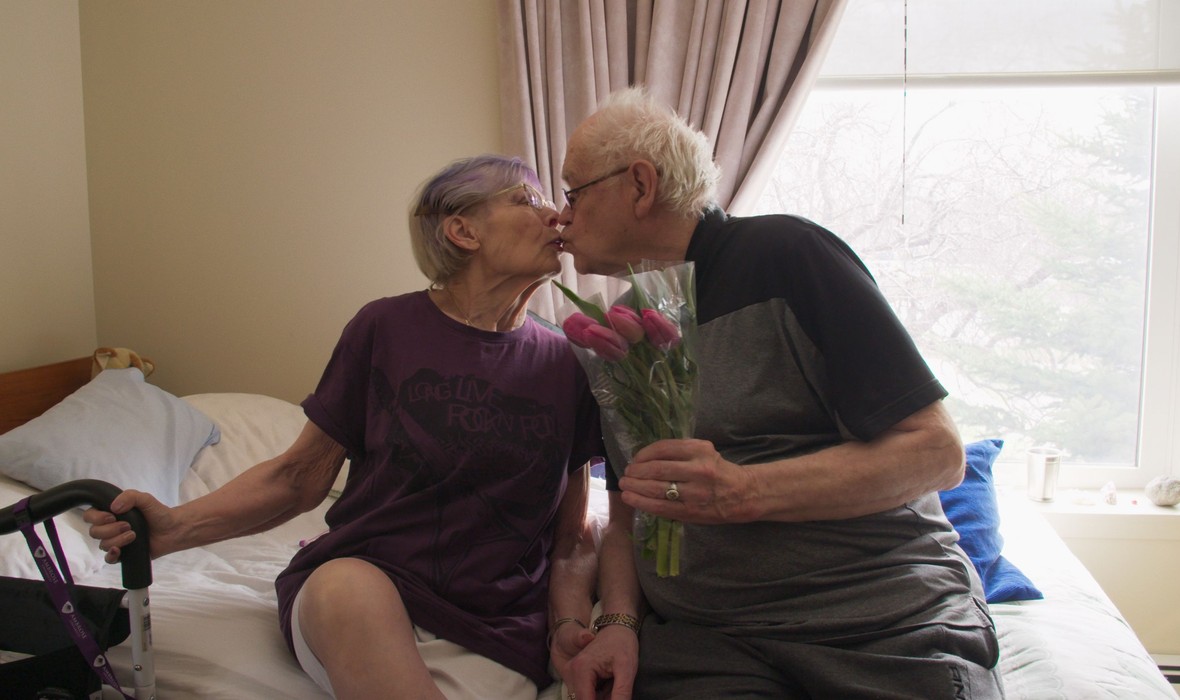 Opening Night Film! A portrait of three different couples in a Calgary seniors' facility as they navigate the delights and challenges of late-in-life romance.

On the outside, it looks like any ordinary seniors’ facility. But on the inside, a series of remarkable love stories are unfolding. With startlingly intimate access, Calgary-based director Dominique Keller peers into the kingdom of old age and brings each couple’s journey into tender focus. Despite health concerns, mobility issues, and interference from concerned families, the need for intimate connection and closeness remains steadfast. Quietly observational, LOVE: THE LAST CHAPTER builds fully embodied portraits of each individual in all of their indelible humanity.

In Memory Of Doreen Elliott

DIRECTOR'S BIO
Dominique Keller is a documentary filmmaker based in Calgary, Alberta. Dominique’s projects include several documentaries and documentary series created for clients including CBC, PBS, City TV, The Food Network, NFB and APTN. Dominique’s films have screened at over 100 festivals worldwide and premiered on Bravo, CBC and APTN. Her short film GRANDMA LEARNS TO DRIVE screened at CUFF in 2016. LOVE: THE LAST CHAPTER (2021) is her first documentary feature.

press for Love: The Last Chapter

"It's raw and real, tender and sincere. These seniors speak without inhibitions even though they know that everything they're doing is being preserved on-camera—a testament to how much trust they have in the filmmaker."