Once Upon A Time In Uganda 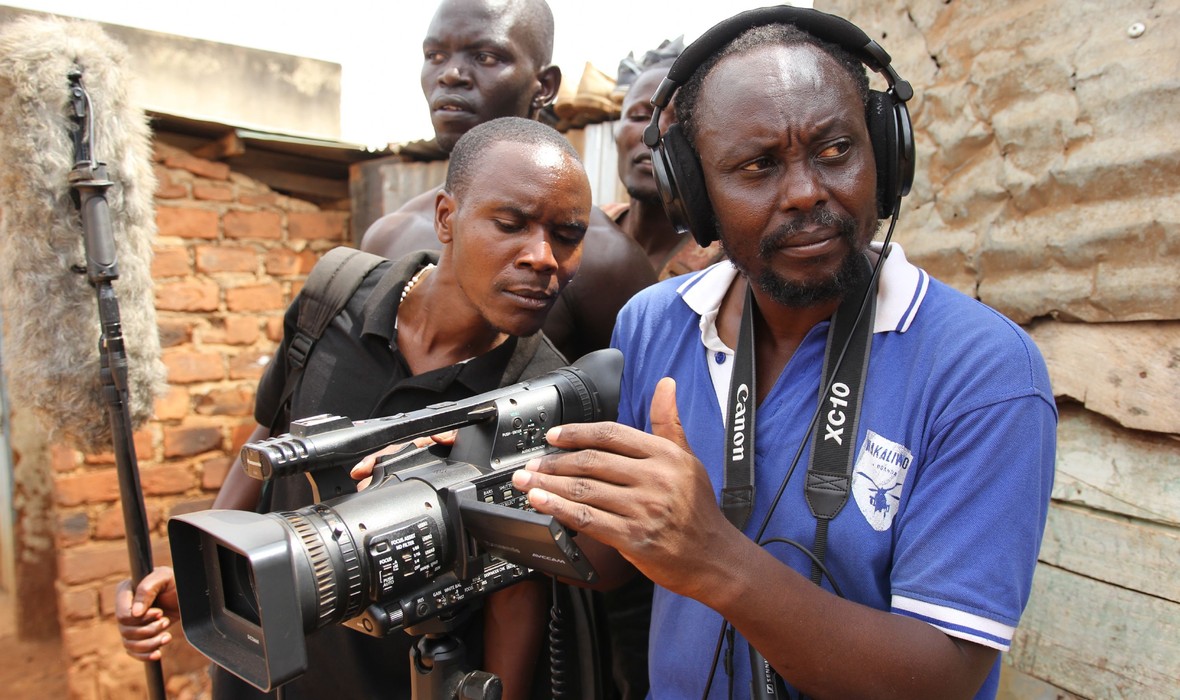 Witness the rise of Wakaliwood, the Wakaliga village outside of Uganda’s capital and the birthplace of the over-the-top, no-budget action movies produced by maverick Ugandan filmmaker Isaac Nabwana.

Dubbed Africa’s Tarantino, Isaac has produced 40+ films, including WHO KILLED CAPTAIN ALEX, BAD BLACK and CUFF 2021 Selection CRAZY WORLD. His inspiration is equal parts 1980s American action movies and Shaw Brothers martial arts films, with a Ugandan twist. Fascinated by Isaac’s movie trailers on YouTube, film nerd Alan Hofmanis gives up his life in NYC and moves to Uganda to work and live alongside Isaac. He not only becomes Isaac's producer, promoter and right-hand man, but also accidentally becomes a Ugandan action movie star. Alan’s marketing savvy brings a wave of international media attention: Vice, BBC, Al Jazeera, The Wall Street Journal, and every other media outlet on the planet journey to Wakaliwood to cover this rising star. Wakaliwood explodes into an international viral sensation. Once the dust settles, in one way or another, things will never be the same.

DIRECTOR'S BIO
Cathryne Czubek is a New York based director/producer specializing in documentary and commercial/branded content. SCREW YOU CANCER, her award-winning series for Condé Nast Entertainment, was the first digital series ever to receive a prestigious Television Academy Honor. Her recent commercial/branded work through her boutique production company Salted Media includes producing and directing digital series for flagship brands Vogue, Glamour, Vanity Fair, Verizon, Porsche, Patrón, Revlon and GQ. She is the director of the feature documentary A GIRL AND A GUN (2013). ONCE UPON A TIME IN UGANDA (2021) is her latest film.

DIRECTOR'S BIO
Hugo Perez is a filmmaker and writer whose work often focuses on his Cuban heritage. Perez is Producer and Director of the feature documentary NEITHER MEMORY NOR MAGIC (2007) narrated by Patricia Clarkson and Viggo Mortensen, as well as SUMMER SUN WINTER MOON (2008). Perez recently served as Executive Producer of Rodrigo Reyes feature documentary PURGATORIO (2013) and the documentary ADAMA (2016).

press for Once Upon A Time In Uganda

"An inspiration to frugal filmmakers and artists. You don't have to be rich to make da best of da best action movies."

"ONCE UPON A TIME IN UGANDA instantly joins the pantheon of great films about the heroics of low-budget filmmakers."