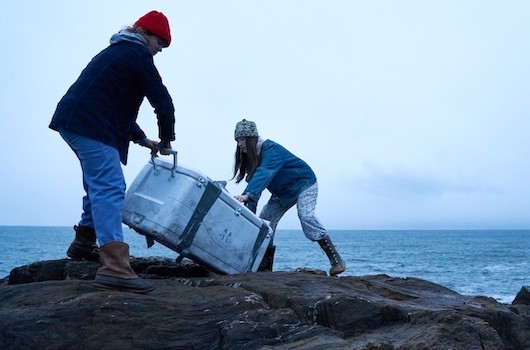 Off the CUFF: BLOW THE MAN DOWN

First-time filmmakers Danielle Krudy and Bridget Savage Cole direct the female-centric neo-noir about two sisters who conceal a crime and discover dark secrets about their town in the process.

SYNOPSIS
Welcome to Easter Cove, a salty fishing village on the far reaches of Maine’s rocky coast. Grieving the loss of their mother and facing an uncertain future, Mary Beth and Priscilla Connolly cover up a gruesome run-in with a dangerous man. To conceal their crime, the sisters must go deeper into Easter Cove’s underbelly and uncover the town matriarchs' darkest secrets.

"A chillingly savage debut feature from co-directors and screenwriters Bridget Savage Cole and Danielle Krudy that makes a strong case for them to be the heirs to the Coen Brothers' wintry crime drama throne." – Slashfilm

"This atmospheric, expertly crafted little New England noir has droll dialogue, a female empowerment theme and a sly use of crime elements." – The Hollywood Reporter