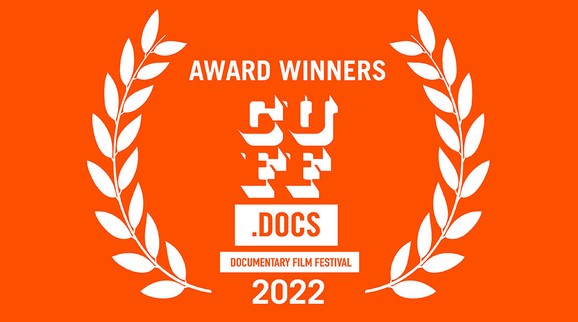 Honourable Mention – DROP THE NEEDLE (Dir. Rob Freeman)
With a vibrant and musical filmmaking approach that offers an in-depth look into how communities evolve and transform, the jury would like to highlight DROP THE NEEDLE with an honourable mention.

Justin Martyniuk is a film festival lover and programmer. He has been the Program Coordinator for the Sydney Film Festival since 2019. He previously worked as a programmer for the Adelaide Film Festival, Australia. Justin specialises in queer cinema and has a penchant for anything absurd, surreal or downright weird.

Justine Smith is the screen writer at Cult MTL and has contributed to publications including POV Magazine, Roger Ebert, Little White Lies and Hyperallergic. She's the programmer for the Underground Section at the Fantasia International Film Festival and on the programming committee for Montreal's Cinéma Moderne.