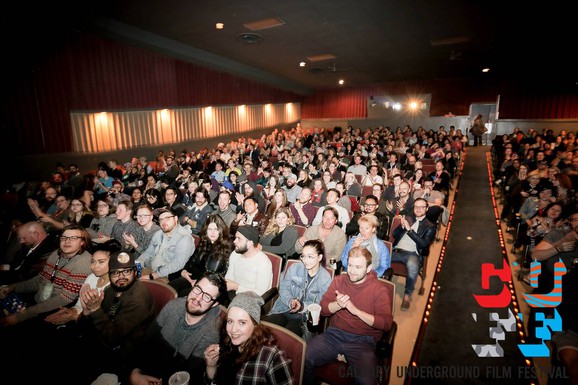 What a festival! Thank you for supporting the 14th Calgary Underground Film Festival – our biggest one yet! This was our highest attended festival ever (up 4% from last year), we had a record number of sold out shows, and heard nothing but positive buzz throughout the festival. We couldn't do this festival without the support of our audience, members, sponsors and volunteers. Thanks for making the 14th CUFF the best one yet & loving this little fest as much as we do.

2017 Calgary Underground Film Festival Award Winners
The votes are in! Here are the winners of the 2017 Audience & Jury Awards. Thank you to all of our jurors and to you, our audience, for casting your ballots at every screening.